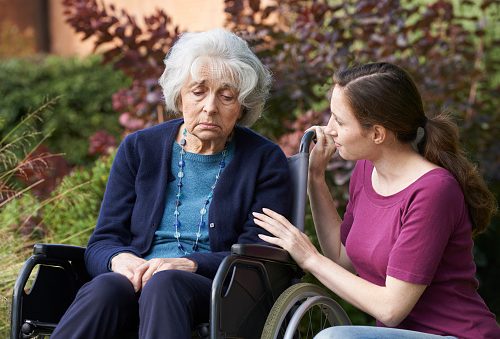 Dementia and cognitive decline risk increases with delirium in elderly. Delirium is a condition in which a person becomes suddenly confused and disoriented. It affects roughly 15 percent of older adults in a hospital setting. Delirium has long been thought to be a side effect of illness, but latest findings show delirium can have long-term effects, such as an eight fold increase of the future dementia risk.

Lead author Dr. Daniel Davis said, “This means that delirium, or the acute causes of delirium, could be a newly discovered cause of dementia. This is important, because although delirium is extremely common, less than a quarter of cases are actually diagnosed in hospitals.”

Researchers recruited 553 people over the age of 85 and assessed their memory and cognition over the course of 10 years. Of the patients who had previously had at least one episode of delirium before the study began, 77 percent also had dementia. Among those with no previous history of delirium, 33 percent had dementia.

Dr. Davis added, “Worsening confusion and disorientation in older persons does not attract much attention among clinical staff, and many believe that delirium is simply an inconvenient consequence of illness. However, this research suggests the possibility that delirium, or the problems giving rise to delirium, may be actually causing brain damage.”

“Because some delirium is preventable, it is plausible that delirium prevention may lead to dementia prevention. We now urgently need to test if better delirium care can prevent dementia, or prevent further decline in patients who already have dementia,” Dr. Davis concluded.

Professor Clive Ballard, the director of research at Alzheimer’s Society, said, “Scientists have believed there could be a link between delirium and dementia for many years. This robust study adds weight to this knowledge. With hospitalization thought to be a cause of delirium, it’s vital that healthcare professionals recognize the potential long-term impact of delirium and are aware that older people who experience episodes could be susceptible to developing dementia.”

Dr. Karin Neufeld, president-elect of the American Delirium Society and director of General Hospital Psychiatry at Johns Hopkins Hospital, commented, “Research on delirium has repeatedly highlighted the association between cognitive impairment, and dementia and the development of delirium in the hospital setting in elderly individuals. This important research suggests that preventing delirium might be an important way to decrease the onset and progression of dementia in some people. The implication is that we, as healthcare professionals, need to redouble our efforts to detect and prevent delirium in hospitalized patients.”

Dementia, delirium, and stoicism hinder pain management in elderly. These factors make it difficult for patients to express how they are feeling, thus raising a barrier to providing proper pain management.

The findings come from a study of nurses working in long-term healthcare facilities in Ireland. The researchers found that the participants with dementia, delirium, stoicism, and even sensory issues, like hearing impairment or vision problems, were more likely to receive sub-par treatment for pain.

The researchers said, “It is therefore essential that patients are encouraged to verbalize their pain to family and care staff.”
Other barriers to pain management were organizational and caregiver-related. For example, caregivers may attribute the changes in a patient’s behavior to the effects of dementia rather than identify them as indications of pain. Failure to properly detect the experienced pain without the patient’s complaint may result in erroneous prescription of antipsychotics instead of pain management treatments.

Dementia may be predicted with worsening depression in seniors

Worsening depression in seniors could be an early predictor of dementia in seniors, according to a new study. Dr. Gisele Wolf-Klein who reviewed the findings said, “More research is needed, but the study raises the possibility of an overlap between the pathology of dementia and depression.” Continue reading…