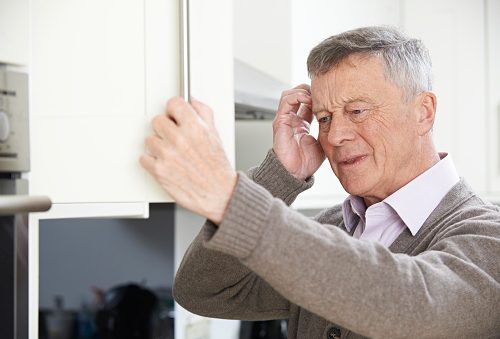 Lead author Dr. Tze Pin Ng said, “The results are in one sense not surprising, but they provide for the first time strong evidence of the link between the metabolic syndrome and the pre-dementia syndrome (mild cognitive impairment). Such supporting data have long been sought, but surprisingly have eluded us, probably because virtually all investigations so far have studied older (people) in their seventies and above at highest risk for dementia. Because we recruited a younger cohort of older persons aged 55 and above (average age about 65), we were in a better position to observe two…events occurring early in the course of dementia development: the metabolic syndrome and (mild cognitive impairment).”

The researchers studied over 1,100 older adults over the course of five years with at least 340 of them having risk factors consistent with metabolic syndrome.

Over the course of the study, 141 participants developed mild cognitive impairment with 14 percent of them having metabolic syndrome and eight percent without the syndrome.

Speaking of the mild cognitive impairment progression to dementia, metabolic syndrome increased this risk four-fold, which was greater than type 2 diabetes.

At the beginning of the study, 425 participants had mild cognitive impairment and 14 of them progressed to dementia, with eight percent of them having metabolic syndrome and two percent without the syndrome. “These observations should be replicated in more similar studies in other populations,” Ng added.

“Moreover, (metabolic syndrome) and some of its individual components (particularly, diabetes and obesity) are associated with the production of inflammatory substances that can have long-term toxic effects on all the cellular structures of our brain. Physically active and more educated people are more likely to be more attentive to health issues. Affluent people are more likely to have better lifestyle habits and get better medical care. So, it cannot entirely be excluded that the association of metabolic syndrome and cognitive impairment just reflect the effect of other factors associated with poor health,” commented Dr. Paola Forti of the University of Bologna who was not part of the study.

Ng concluded, “We do not as yet have much evidence to support the possibility that reducing weight in middle age will reduce the risk of developing dementia later. Nevertheless, given the weight of the evidence so far, it is advisable for overweight people in their middle age to reduce weight.”


Other risk factors for dementia

Aside from metabolic syndrome, there are other contributing factors that can increase a person’s risk of mild cognitive impairment and even dementia. Risk factors for dementia include:

Some of these risk factors are controllable, while others are not. The key is to manage as many of the controllable factors as possible in order to lower your risk.

Dementia, delirium, and stoicism hinder pain management in elderly. These factors make it difficult for patients to express how they are feeling, which can create a barrier for providing proper pain management. Continue reading…