Home » Colon And Digestive » Emulsifiers in processed foods can lead to an increased risk of obesity, metabolic syndrome 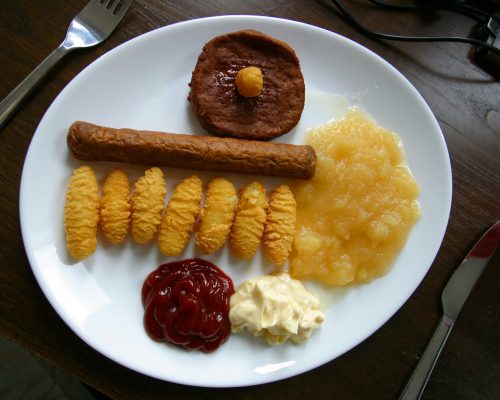 A new study reveals that the consumption of emulsifiers – those are additives widely used in the production of processed foods – actually promotes inflammation in the bowel, not to mention a cluster of obesity-related diseases better known as metabolic syndrome. What’s more, in the last 30 years, such inflammation may have even contributed to the rise in all of these conditions.

In recent health news there has been a continued rise in rates of bowel diseases. From irritable bowel syndrome (IBS), to celiac disease, and even Crohn’s and Colitis, we are becoming more aware of such diseases. Although for some an exact cause is unknown, we may now have some insight on what may be the culprit to this influx. 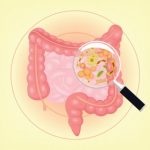 The study, which is one of the first to look at whether food additives, considered safe by the U.S. Food and Drug Administration (FDA), are bad for our health, was conducted by Georgia State University’s Institute for Biomedical Sciences, and funded by the National Institutes of Health and Crohn’s & Colitis Foundation of America. It was first published in the journal Nature.

A team of researchers led by microbiologists, fed rats two additives that dissolved in their water and food. The rats were separated into three groups: The first was considered normal and healthy; the second was developed to have a predisposition to inflammatory bowel disease; and a third was engineered to have sterile digestive tracts. This helped scientists to figure out the conditions under which the emulsifiers caused any issues.

What’s interesting is that the rats at higher risk of experiencing inflammation in the lining of their colon responded to the emulsifier-enhanced diet by developing what’s called robust colitis. This suggested that the additives were linked to inflammation. Other rats showed signs of chronic intestinal inflammation and even modest weight gain.

In both sets of mice, once emulsifiers were introduced into their diets, the protective mucus barrier separating the microbiome and the intestinal walls appeared to be thinner. In fact, only the lab rats with bowels completely free of microbiota appeared to be immune to the effects of additives.

This new research hints that the widespread use of emulsifiers in processed foods consumed by Americans just might lead to an increased risk of obesity, metabolic syndrome and other chronic inflammation.


What you need to know about emulsifiers and inflammation 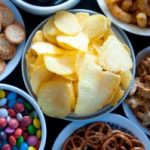 Generally, the emulsifiers like carboxymethylcellulose, which is often referred to as cellulose gum, and polysorbate 80, better known as Tween 80, bulk up foods and prevent frozen sweets from separating. For instance, they give fast food shakes that extra thickness, prevent ice cream from melting so quickly and keep bottled salad dressings extra creamy.

What’s more, emulsifiers improve the consistency of pharmaceutical gel capsules. That helps to keep medication suspended in fluids and make pills break apart in your stomach.

The FDA has long considered carboxymethylcellulose “safe” and approved the use of polysorbate 80 in foods that have concentrations of up to one percent. But the study by Georgia State University not only questions the ingestion of both emulsifiers, it could prompt the FDA to reconsider the way they determine food additives to be safe.

Of course, researchers don’t know for certain whether emulsifier-induced inflammation seen in rats mirrors exactly what happens in our guts whenever we respond to carboxymethylcellulose and polysorbate 80. Although studies in animals suggest that polysorbate 80 could bring on anaphylactic shock and that its injection could adversely affect reproductive organs, human testing has yet to raise similar concerns.

Regardless, whenever it comes to your gut, it’s far better to be safe than sorry!

Processed food could raise the risk of autoimmune diseases: Study