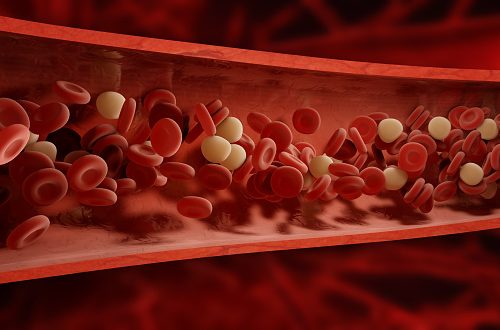 Having a high homocysteine level can be dangerous. It can lead to heart attack and stroke, but there are ways to reduce it.

Homocysteine is an amino acid, which is a building block of protein that is produced in the human body. Having a high homocysteine level in our blood can damage the lining of our arteries. It can also make our blood clot more easily. Clots can get stuck in the lungs (leading to a pulmonary embolism), in the heart (causing a heart attack), and the brain, which increases the risk of a stroke. People who have very high levels of homocysteine are at risk of getting coronary artery disease.

Here is a list of the typical dangers linked to high homocysteine levels:

Research indicates that high homocysteine levels can increase neural damage during a stroke. Stroke is a leading cause of long-term disability in the United States.

Research suggests that homocysteine is a neurotoxin, which means that it has the ability to kill cells in the brain. It can cause something called leaky brain. A leaky brain is when the protective blood brain barrier becomes compromised and substances that are normally kept out of the brain are able to cross over through the walls of vessels and into the brain, which can cause neurological damage.

People who suffer from autoimmune thyroiditis have elevated serum homocysteine. Inflammation is also associated with a number of autoimmune diseases, such as rheumatoid arthritis and systematic lupus erythematosus. There is a lot of evidence that indicates inflammation is common in heart disease and stroke patients.

High homocysteine levels can cause increased rates of a process called methionine synthesis and diminished levels of cysteine. This can lead to a build-up of free radical damage.

Age-related macular degeneration is an eye disease that has been associated with high levels of homocysteine. Although more research is needed, there is some evidence that suggests people who suffer from glaucoma tend to have higher levels of homocysteine. A study conducted back in 2008 suggests that high homocysteine levels could potentially be an indicator of risk of diabetic retinopathy, which is a leading cause of blindness.

Researchers continue to investigate the cause of migraines, but one theory is that homocysteine may cause inflammation of the blood vessels, which leads to blood clotting. Concentrations of homocysteine in the brain fluid of those who suffer from migraines are increased.

Some experts wonder if elevated homocysteine can lead to Parkinson’s disease.

An Italian study has demonstrated that older people with elevated homocysteine had a high risk of developing dementia. Another study showed that elderly people with high levels were nearly twice as likely to develop Alzheimer’s disease.

People who suffer from psoriasis, which is a skin disorder, often have high blood levels of homocysteine and low levels of folic acid. There is one study that has suggested that homocysteine levels should be considered “an independent risk factor in psoriatic patients.”

People who suffer from kidney disease have issues with homocysteine levels. A decrease in kidney function can actually lead to an accumulation of homocysteine. Interestingly, kidney disease patients also have a high rate of cardiovascular disease.

How to reduce high homocysteine levels?

If you are looking at how you can reduce high homocysteine levels, the important point to keep in mind is that your levels are often linked to lifestyle. A proper diet that includes healthy foods with a variety of nutrients and supplements can correct levels and bring your body back into balance.

Since homocysteine tends to increase as you age, your “H” score becomes even more important later in life. A score of six is considered ideal, but anything nine or above puts you at significant risk for the disease. If you have risk factors such as low folate, low B12, low zinc, low B6, alongside symptoms like tiredness, memory loss, constant aches, and pains or depression, ask your doctor about homocysteine testing.
Below, we look at how to treat high homocysteine levels:

Many specialists believe that the best way to prevent elevation of homocysteine is to ensure adequate intake of folic acid, vitamin B12, and vitamin B6. If you pay close attention to what you eat, you can accomplish this through food alone. Those who live busy lives and are not able to maintain a healthy balance all the time have the added option of supplementation. Keep in mind that it is important to consult with a healthcare professional when adding any new treatments to your routine, especially if you have underlying health conditions.