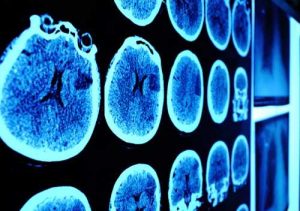 This occurs because of damage in the nerve cells within the brain. The damaged neurons – substantia nigra – contain dopamine, a chemical that controls movement. Damaged and lower amounts of dopamine lead to changes in bodily movement, even limiting the ability to move.

Parkinson’s disease comes in five stages, and it’s not uncommon for the patients to skip over stages, which means symptoms may worsen more rapidly.

Stage 1: Symptoms are mild and the patient may experience slight tremors in hands and arms on one side. Posture, balance, and facial expressions are affected and are noticeable.

Stage 2: Symptoms have now progressed to affect both sides of the body. Walking and balance become impaired, and difficulty arises when completing tasks.

Stage 3: Symptoms are quite severe and person may be unable to walk in a straight line or keep their balance. Physical movements also become much slower.

Stage 4: Walking becomes limited, movements are very slow, and daily tasks are hard to complete – patient may require an assistant or even a live-in caregiver.

Stage 5: Nursing care is highly required as person has lost all major abilities to perform tasks, walk, or care for themselves.

Now that we have a better understanding of what Parkinson’s disease is and how it affects the body, let’s look at the latest study that reveals a possible cause of this illness.

The new findings come for the University of Cambridge. Researchers have successfully identified the role of alpha-synuclein (a protein in the brain) in the cause of Parkinson’s disease.

Usually, this protein helps chemical signaling in the brain to work properly. If this protein exceeds its threshold, it begins to clump together. Clumping of alpha-synuclein results in toxicity, which then brings on the onset of Parkinson’s disease.

To better understand this concept, think of cholesterol. When the levels of LDL, or bad cholesterol, increase, our arteries begin to clog, so oxygen-rich blood cannot travel through. This can lead to serious health problems over time.

One’s risk of developing Parkinson’s disease is then determined by this balance of proteins – alpha-synuclein and synaptic vesicles. Synaptic vesicles carry neurotransmitters to the nerve cells. Cells reproduce vesicles, so this exchange can continue to occur. Alpha-synuclein is responsible for releasing these neurotransmitters. When alpha-synuclein doesn’t bind and fold properly, that is when they can become toxic and turn into Lewy bodies. Lewy bodies are also found in Alzheimer’s disease.

Researchers are hopeful that their new findings can offer a better understanding of Parkinson’s disease and, in turn, help find a cure for the illness.

Although the new research seems promising, it will still be quite some time until a cure for Parkinson’s disease will come about. In the meantime, here are some suggestions to help manage this condition.

Eat healthy: Healthy eating is a trademark treatment for all illnesses. What we eat can either worsen or slightly improve a condition. This is no different in those with Parkinson’s disease. A balanced meal is essential for Parkinson’s patients as it provides nutrients required for the body as a whole to function properly.

Exercise: Because Parkinson’s disease can cause stiffness in the body, it’s important to try and exercise to maintain muscle, mobility, and balance. Exercising within your limits and with the help of a physical therapist may aid in boosting movement and improving balance.

Avoid injury: It’s important that those with Parkinson’s disease avoid injury at all cost, especially falls. Exercise may help with stability, but avoid walking backwards, do not pivot on your feet, and avoid carrying objects while walking.

Parkinson’s disease can greatly affect one’s life, and we are now one step closer to combating this debilitating illness. Although there isn’t a proven method of preventing Parkinson’s disease, eating well and staying active can make for a strong and healthy body.