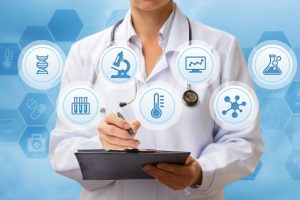 High homocysteine levels are associated with increased risk of heart attacks and strokes. Homocysteine is an amino acid and is a breakdown product of protein metabolism. It is thought that having excessive levels of this amino acid contribute to the formation of plaque, damaging arterial walls. High levels of homocysteine may also increase the risk of blood clot formation, but its relation to cardiovascular disease is still up for debate. Additionally, high homocysteine levels create risk for the development of Alzheimer’s disease.

A large study looked at data from 116,000 individuals who had a mutation that prompted the production of increased homocysteine levels. The researchers found that despite having a 20 percent rise in homocysteine levels, none of them were at increased risk for heart disease.

However, another study looking at women diagnosed with heart disease found that those with elevated levels of homocysteine were more than four times more likely to die compared to those with normal levels of the amino acid.

Conflicting research and information has made medical professionals unsure of exactly how to approach high homocysteine levels, as its role in in the body are still controversial.

Consuming a lot of animal protein has been linked to high levels of homocysteine levels found in the blood. This was especially true in those who ate more animal products than they did fruits and leafy vegetables. It is believed that eating more fruits and vegetables provide the body with folic acid and other essential B vitamins that help get rid of excess homocysteine.

This correlation with eating plant products can be explained through another amino acid found in the body called methionine. Methionine’s main function is to provide a part of its molecular structure for cellular reactions. When this occurs, it becomes homocysteine. The folic acid or B vitamins obtained by eating fruits and vegetables helps to reverse this process, converting homocysteine back into methionine.

Various intestinal disorders that prevent the absorption of these vitamins can lead to increased levels of homocysteine in the blood.

Having kidney disease is also a probable cause, as the kidneys are involved in removing homocysteine from the blood. The kidneys also help transform the amino acid into benign substances, not causing us any harm. If a person were to be found with high homocysteine levels despite adequate consumption of homocysteine-lowering nutrients such as folic acid, B6, and B12, it could indicate kidney problems.

Certain medications can also increase the risk of developing high homocysteine levels. These may include Methotrexate, commonly used for the treatment of rheumatoid arthritis, Metformin, a common medication used in the treatment of type 2 diabetes, and Cholestyramine, used for reducing high triglyceride levels.

Genetic factors may also play a role in those genetically predisposed to having higher than normal homocysteine levels.

High homocysteine levels may also be due to low levels of thyroid hormone, psoriasis, and coffee consumption.


How to understand elevated homocysteine levels?

Homocysteine levels are measured using a blood test looking for the amino acid.

Because homocysteine is bound this way, it makes measuring the amino acid difficult. Also, once the blood sample is taken from the body and is allowed to sit untested, homocysteine levels can increase by 10 percent every hour. This makes obtaining an accurate reading problematic. For this reason, homocysteine blood samples are centrifuged within 30 minutes of getting the blood draw. This allows the sample to be stable for four days at room temperature.

Since homocysteine levels are influenced by high protein meals, those having their levels checked should be in an overnight-fasted state before getting a blood sample.

Related: Dangers of high homocysteine levels and how to reduce it