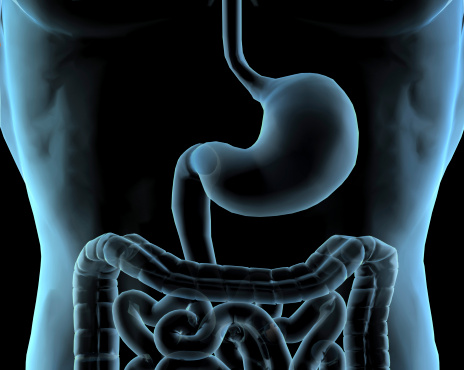 Duodenitis is inflammation that occurs in the duodenum, which is the beginning of the small intestine. Duodenal inflammation can cause pain and other unpleasant gastrointestinal symptoms.

While there are different types of duodenitis, duodenal inflammation is always related to some sort of irritation involving the mucus lining of the duodenum. Sometimes this irritation can progress to duodenal ulcers. These ulcers are in fact open sores in the lining of the duodenum. The duodenum has several mechanisms that allow it to counteract highly acidic stomachs. Some of those mechanisms are large amounts of mucus and alkaline secretions, as well as water from the pancreas and gallbladder.

Since the duodenum is close to the stomach and receives partially digested stomach contents, along with gastric juices and enzymes, it has to stand up to a lot of chemical irritation. While for the most part, it handles the chemical influx, it can become inflamed under certain circumstances. When asked, what is duodenitis, many healthcare providers first describe the different types.

What are the types of duodenitis?

Duodenitis can be acute or chronic. If the symptoms occur suddenly and are bothersome for a short period of time, it is acute duodenitis. Chronic duodenitis occurs for long periods of time, sometimes for months or even years.

Duodenitis is classified according to the extent of inflammation. It can be either erosive or non-erosive. Erosive means that the inflamed duodenal wall becomes eroded and open sores develop. Non-erosive means the wall is simply inflamed, but there are no sores.

Bulbar duodenitis relates to the location of the inflammation. To be specific, there is bulbar and post-bulbar. The term refers to the first part of the duodenum, which is situated directly next to the pylorus of the stomach. The pylorus helps control the passage of gastric contents from the stomach into the duodenum.

Also read: What is erosive gastritis? Causes, symptoms, and treatment

What are the causes and complications of duodenitis?

A clearer view of how the digestive system works can help people understand what causes duodenitis.

The acid that is produced in our stomachs is highly corrosive, yet required for digestion. At the same time, it has the ability to digest human tissue. The stomach usually prevents this though, as it has a mucus barrier that protects the inner wall of the stomach. This means that when stomach contents are properly digested, it gets passed into the duodenum along with acid.

Several different natural mechanisms kick-in along with the acid, such as water from the pancreas and digestive enzymes, which prevents any damage to the duodenum. This mixture of fluid dilutes stomach acid. Bile from the gallbladder is also secreted into the duodenum, thus helping to neutralize the stomach acid. If one of the mechanisms becomes impaired, then problems can arise.

Duodenitis causes can be linked to one of three factors: compromises in the protective mechanisms, increases in gastric acid (quantity or acidity), and irritants in the lining of the duodenal wall.

The following is a list of specific causes of duodenitis:

This is a bacterium that can reach the stomach or duodenal wall and damage the lining. It can also compromise the mucus barrier we referred to.

Substances in non-steroidal anti-inflammatory drugs (NSAIDs) can impact the production of the mucus that helps form a barrier between acid and the inner lining of the duodenum.

Some individual’s stomachs produce large amounts of acid. This acid can seep into the duodenum. There are cases where the duodenum is unable to handle the larger amount of acid and it leads to injury to the duodenal wall. The use of nicotine, medications, illicit drugs, and even stress can cause an increase in acid production.

If someone is suffering from duodenitis, the following can aggravate it:

Duodenitis is not without complications. It can lead to abdominal wall inflammation, internal hemorrhaging, intestinal obstruction, peptic ulcer (bleeding ulcers), recurrent duodenal ulcers, or secondary pancreatitis. When you follow the treatment plan set out by a healthcare professional, you can minimize your risk of such complications.

What are the symptoms of duodenitis?

Some people who suffer from duodenitis also complain that they have difficulty sleeping. This is mostly because they are in pain. Dark tarry stools are also possible in those who have bleeding ulcers.

Also read: 23 natural remedies to get rid of gas immediately

When to see a doctor

If you experience any of the symptoms described above and they don’t go away within a couple weeks of treatment, call your doctor and make an appointment. You will need to seek immediate medical attention if you have a fever of 100.4 or higher, your vomit looks like coffee grounds, your feces are black or tarry, or if you have severe abdominal pain.

Untreated duodenitis can become chronic, which can cause complications. There are some cases where chronic inflammation of the stomach lining can change cells over a period of time and increase a person’s risk of getting stomach cancer.

How to diagnose duodenitis

In order to make a duodenitis diagnosis, usually an upper GI endoscopy with biopsy is performed. During such a test, a thin, flexible tube with a light and camera on one end is sent down the throat, into the stomach and then into the duodenum. The scope can send images of the duodenum to a screen for easy viewing.

A small sample of the lining of the duodenum can be taken and sent to a lab for testing. In most cases, they are looking for evidence of H. pylori. Both H. pylori and other pathogens can be investigated through a blood, stool, or breath test as well. For a breath test, you swallow a harmless compound, and if bacteria exist, then extra carbon dioxide gas can be detected in your breath. Under some circumstances (rarely), an upper GI series is done to provide more details about the digestive tract. This involves taking X-rays of the upper GI tract from the mouth all the way to the small intestine.

When it comes to the GI endoscopy, a doctor may report seeing the following:

Treating duodenitis mostly involves lifestyle adjustments and approaches that reduce the amount of acid the stomach makes. If you are diagnosed with duodenitis, following your treatment instructions is important – and sooner rather than later. With swift treatment, many people who suffer from this inflammatory condition find that their symptoms clear up. Those who ignore the signs and symptoms may need more aggressive treatment and regular doctor’s visits.