Home » Colon And Digestive » What is erosive gastritis? Causes, symptoms, and treatment 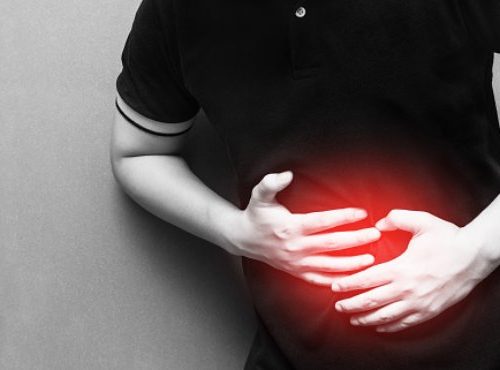 Erosive gastritis is a medical condition of the stomach that occurs when the acids residing within it begin to erode and wear away the stomach lining. A protective mucus lining is an essential part of the body and it acts to protect against the erosive nature of your stomach acid, but there exist several conditions that cause this protective layer to not be present, leaving your stomach acid to eat away at your stomach tissue resulting in inflammation and swelling.

If left untreated, erosive gastritis can lead to other health problems. It can also lead to bleeding in the stomach and ulcer formation. Over time, some people may even develop stomach cancer, especially in those who have a thin stomach lining.

Also read: What causes excessive stomach acid and how to get rid of it

Many cases of the disease are associated with steroid, aspirin, and alcohol ingestion, making its prevalence high in these groups. Erosive gastritis also occurs in those suffering from head injuries, shock, major trauma, burns, and surgery.

The two most common causes of gastritis are non-steroidal anti-inflammatory drugs and Helicobacter pylori infection. NSAIDs cause erosive gastritis more commonly, however.

Other potential causes of erosive gastritis include substances such as alcohol and cocaine. Psychological stress contributing to gastritis is a common misconception, but this has been found to be untrue. More accurately, the stress sustained from severe illnesses like burns, critical illness, extensive trauma, and major surgery are they types of stressors that can lead a gastritis symptoms.

Radiation exposure, autoimmune diseases, and other diseases of the stomach and cuts may also lead to erosive gastritis.

The reasons NSAIDs are the most common cause of erosive gastritis is because of their mechanism of action. The nature of the drugs is to inhibit prostaglandins—chemical messengers for inflammatory processes of the body. This is what makes these medications great for dealing with inflammation elsewhere in the body, but unfortunately, they have the side effect of inhibiting protective mucus production controlled by the same chemical messengers.

If a person chronically uses NSAID medications, they inadvertently reduce the production of mucus in the stomach, allowing for erosive stomach juices to contact the stomach lining. This leads to severe damage. Since NSAIDs shrink in the stomach when consumed, it explains why most of the erosion occurs on the greater curvature of the stomach wall.

The symptoms of erosive gastritis can be extremely uncomfortable and unpleasant. They may include:

Once visiting a doctor for a suspected stomach condition, they will investigate all possible causes of your presenting symptoms. By taking a full history, including past family history and social habits, your doctor will get a better picture what might be causing your abdominal cramping. Once the suspicion of erosive gastritis is made, several tests can be ordered to help support this diagnosis. They may include blood tests, stool culture, x-ray of the stomach and breath tests used to look for H. Pylori infection. Under serious circumstances, your doctor may find it necessary to obtain a biopsy of the stomach tissue.

Treatment is typically based on the suspected diagnosis given and combined with a modification of your diet. Most treatment regimens are used to prevent the condition from getting worse by avoiding certain causative food items such as caffeine and alcohol, but also by managing the types of foods eaten, choosing foods that don’t aggravate the condition.

It is generally recommended to avoid consuming whole grains, cereals, non-citrus fruits, green vegetables, and dairy products. You may also have to avoid acidic foods such as tomatoes, oranges, and pineapple.

Chronic cases of erosive gastritis are treated with antibiotics and other medications that help relieve pressure on the stomach lining. This helps when the cause for the condition is a bacterial infection. Patients will need to continue this antibiotic treatment until completion to have the best chances of complete resolution of their erosive gastritis symptoms.

What causes antral gastritis and how to treat it?