Home » General Health » Why you should avoid taking pain killers 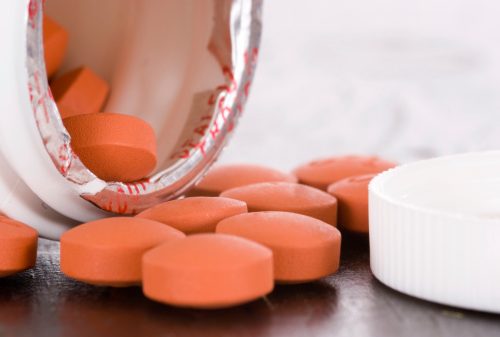 When you have a headache or joint pain, you probably reach for a painkiller that contains ibuprofen to ease inflammation. Sure, this type of medication is used for pain relief, but did you know that taking too many pills containing ibuprofen can have very negative consequences on your health.

Other studies have shown that too much ibuprofen could result in liver and stomach problems. The latest findings suggest that it could also have a negative impact on your fertility and sex drive if you’re a male.

The study found that taking six ibuprofens a day was enough to reduce production of sex hormones, which are a necessary part of fertility. Furthermore, prolonged use of ibuprofen was linked to erectile dysfunction, muscle loss, and depression, which can contribute to a reduced libido.

The researchers found that males aged 18 to 35 developed a sexual hormone dysfunction called compensated hypogonadism. This condition affects the production of sex hormones such as testosterone. It is most commonly seen among senior men, but younger males taking six ibuprofens a day have an elevated risk of developing this condition.

The development of compensated hypogonadism occurred a third of the way through the study, with only four weeks left.

Although levels of luteinizing hormones – which help the production of testosterone – rose, testosterone levels decreased. The researchers noted 31 percent of the participants recovered after stopping ibuprofen.


The researchers explained, “Ibuprofen appears to be the preferred pharmaceutical analgesic for long-term chronic pain and arthritis. Therefore, it is also of concern that men… may eventually progress to overt primary hypogonadism, which is characterized by low circulating testosterone and prevalent symptoms including reduced libido, reduced muscle mass and strength, and depressed mood and fatigue.”

Senior lecturer Dr. Richard Quinton of Newcastle University added, “Most warnings regarding this family of painkillers have focused on limiting long-term use in the elderly to prevent gastrointestinal, renal and cardiac adverse effects. This study should give pause for thought to sportsmen using them routinely for exercise-induced aches and pains.”

Generally, taking ibuprofen for aches and pains is considered safe as long as the directions are followed. If you need to take ibuprofen for longer than three days, you should speak to your doctor to determine the cause of your pain and possibly an alternative treatment.

Related: This beverage can help you boost libido