Below are Bel Marra Health’s top Alzheimer’s disease news-stories that we reported to you over the course of the past year.

Blood Sugar and Alzheimer’s: Your risk of Alzheimer’s goes up if you have this…

Researchers have discovered a link between high blood sugar and Alzheimer’s disease risk.

Alzheimer’s disease is a form of dementia that impairs cognitive function and steals the memories of the individual. The latest research suggests those with elevated blood sugar are at higher risk of developing Alzheimer’s disease.

The research comes from the University of Wisconsin-Madison. Researchers tested the memories of 150 adults over the age of 61 who showed no signs of memory impairment. Tests for insulin resistance and brains scans were also conducted. 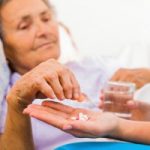 The trial focuses on treatment to reduce the impact of amyloid proteins. The researchers used positron emission tomography (PET scans) and found that beta-amyloid begins forming in the brain of Alzheimer’s patients one to two decades prior to visible symptoms. Researchers believe it is this accumulation of beta-amyloids that contribute to memory loss. Learn More

A recent study found that testing a patient’s sense of smell can help diagnose Alzheimer’s. 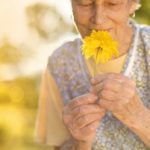 A sniff test may prove effective as a method for diagnosing Alzheimer’s disease. A recent study suggests that a poor sense of smell could be an indicator of cognitive impairment and early dementia. Researchers found that seniors who performed poorly on the sniff test were more likely to show signs of memory loss within 3.5 years. Subjects with the worst sense of smell had the highest risk of developing Alzheimer’s disease.

The research comes from investigators at the Mayo Clinic who looked at 1,430 men and women with an average age of 79. The researchers used standardized sniff tests to assess how accurately participants could identify 12 scents – including six foods, such as banana and cinnamon, and six non-foods, such as petrol, soap and roses. Learn More 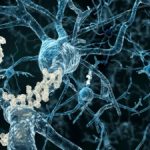 MIT biologists found that yeast cells need to build amyloid-like structures during the production of reproductive cells. Lead author, Luke Berchowitz, said, “Amyloids in the brain persist for decades. We just can’t get rid of them, yet yeast cells seem to have a mechanism for getting rid of them in 15 minutes. If we can harness that mechanism, and really understand it, that could lead to anti-amyloid therapeutic opportunities.” Learn More

The newly approved amyloid PET scans can increase the chance of detecting Alzheimer’s. 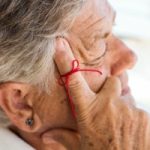 In Sweden a method called amyloid PET scans has recently been approved. It uses a substance which binds to a protein in the brain and is administered to the patient. The brain protein is β-amyloid and is a marker for Alzheimer’s disease. This is then mapped using PET scans. Learn More 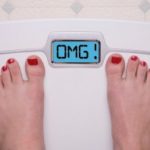 Just in case you need another reason to watch your waistline, researchers at the National Institutes of Health (NIH), provide you with a compelling one; new research says midlife obesity may influence not only the chances of developing Alzheimer’s disease, but how early it will develop as well.

Midlife obesity has long been seen as a causative factor for increasing the risk of Alzheimer’s. But closer observation shows that being obese at age 50 may affect the age, years later, when Alzheimer’s strikes. Among those who did develop the disease, the speed of the onset of Alzheimer’s was directly proportional to the number of extra midlife pounds – the more pounds, the faster the onset. Learn More

Although there is still much to learn about it, science and medicine continues to explore further into the depths of Alzheimer’s disease, helping us understanding how and why it strikes and how to prevent it. We hope that in 2016 research will bring us closer to a cure for Alzheimer’s disease and help better treat all those who are affected by it.