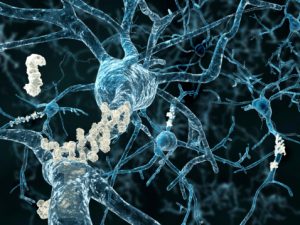 MIT biologists found that yeast cells need to build amyloid-like structures during the production of reproductive cells. Lead author, Luke Berchowitz, said, “Amyloids in the brain persist for decades. We just can’t get rid of them, yet yeast cells seem to have a mechanism for getting rid of them in 15 minutes. If we can harness that mechanism, and really understand it, that could lead to anti-amyloid therapeutic opportunities.”

While exploring sexual reproduction the researchers found amyloid-forming protein known as RIM4. RIM4 has previously been shown to latch onto RNA molecules which carry genetic information. The new study found RIM4 uses amyloid-like clusters to prevent RNA from being transcribed into proteins.

Learning more about amyloid-forming proteins, and how they break down and lead to disease, can help scientist create more effective treatments and potential cures.

Berchowitz concluded, “It’s a great opportunity to study assembly, regulation, and function of amyloids in living cells. It’s pretty exciting that we can form them rapidly, synchronously, and abundantly.”

The findings were published in Cell.