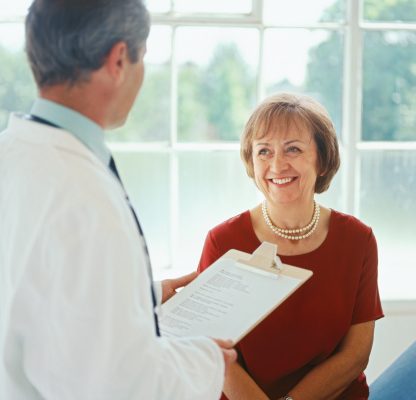 We often make it a point to visit the doctor at least once a year to find out if we are still effective in maintaining good health.  A yearly physical check-up often includes checking our weight, blood pressure, and any other physical features that need monitoring based on our age and gender.  For example, elderly women are usually assessed for signs of breast cancer, while older men are routinely examined for symptoms of prostate cancer.  These annual checkups are mainly aimed to identify medical diseases early on in order to design treatment schemes immediately address a condition.  Annual checkups are also designed for disease prevention, in which the doctor may identify certain symptoms that may need further testing and monitoring.  Based on the results of the annul check-up, a person may thus feel that they are disease-free and healthy.

Disease Prevention and Treatment of Illness

According to a recent medical report, a certain group of patients receiving treatment for obesity may not always expect that they may be free of other medical issues.  The report showed that people being treated with glucagon-like peptide-1 inhibitors, which are drugs used for the treatment of obesity, may result in symptoms that are similar to having been exposed to toxins.  This drug is generally used for the treatment of obesity, which increases the production of insulin, the hormone responsible for the metabolism of sugar.  Patients receiving treatment with this drug often show a decrease in their body weight, possibly through the reduction in their appetite.  Eating smaller amounts of food has often played a role in the prevention of further weight gain.

Treatment and Prevention at Your Annual Check Up

The medical report involved reviewing the results of approximately 27 clinical trials on the use of this drug and its role in the treatment of obesity.  The clinical trials showed that effectiveness of the drug in the prevention of further weight gain.  However, the study also showed that this effectiveness is not so significant when compared to a group that was only given a placebo treatment.  This placebo group also showed signs of weight gain prevention and thus these results have pushed the researchers to further study the effects of this specific treatment.

One interesting feature presented in the report was on the side effects of these drugs.  The patients involved in the study showed signs of intoxication from toxins, aside from a decrease in body weight.  It may be possible that the use of this drug may also induce other reactions in the body, similar to exposing a person to toxins present in chemicals.  The patients showing symptoms of exposure to toxins were feeling nauseated and thus the researchers of the study felt that more investigations should be conducted on this matter.

RELATED READING: Explaining the Bacon Craze – How Bad is it?

Visiting the doctor often involves checking different organs of our body, possibly identifying signs of development of disease.  It is important to also discuss any observations that you may observe during intake of certain drugs.  It may be possible that certain toxins are being produced in the body, which may be caused by these drugs.  Toxins present in the body may be harmful to health and thus these symptoms should always be reported to the doctor.  Toxins may cause additional diseases and may therefore need immediate medical attention.