World Sjögren’s Day is July 23, and to get you ready we put together a list of our top articles that discuss Sjögren’s syndrome and accompanying factors and issues, including rheumatoid arthritis, fibromyalgia, depression, shingles, and atherosclerosis.

Dr. Henrik Sjögren published his doctoral thesis on the condition in 1933, and since then thousands of patients now have a proper diagnosis for their health problems. This July 23, the U.S.’s Sjögren’s Syndrome Foundation will join other Sjögren’s organizations around the world to celebrate the sixth annual World Sjögren’s Day, which would have been Dr. Sjögren’s 117th birthday.

We hope you find the below topics informative and that you take away some new insight about this autoimmune disease. 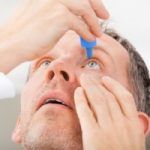 Rheumatoid arthritis is an inflammatory disorder, which can result in joint damage over time, if not treated. Sjögren’s syndrome is an inflammatory disease as well, and it is characterized by dry mouth and dry eyes as well as inflammation of the exocrine glands, which are responsible for moisture and lubrication.

As with many autoimmune diseases, there is still much unknown about rheumatoid arthritis and Sjögren’s syndrome. It is believed that either condition may onset when something in the environment causes the immune system to go awry so it begins to wrongfully attack itself. 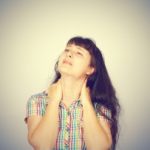 The researchers looked at 100 patients with primary Sjögren’s syndrome to identify the fibromyalgia comorbidity.

Sjögren’s syndrome patients may not only experience dry eyes and mouth, but also joint inflammation, muscle inflammation, nerve inflammation, thyroid issues, kidney inflammation, and inflammation in other parts of the body as well. Fibromyalgia contributes to chronic pain, which can impact a person mentally, physically, and socially.

During the follow-up, 463 patients developed shingles along with 1,345 individuals from the control cohort. Shingles cases in Sjögren’s syndrome patients were higher compared to the matched cohort.

The incidence of shingles was also found to increase with age, meaning the older a patient with Sjögren’s syndrome was, the higher the likelihood they would develop shingles compared to younger patients.

Furthermore, the presence of medication and pharmacological drugs also increased risk of shingles.
The researchers concluded that Sjögren’s syndrome patients are at a higher risk for shingles compared to those without the syndrome. Continue reading… 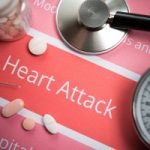 The researchers found that the older the patients were and the longer they had the disease for, the more likely they were to have some sort of a cardiovascular event.

Patients with primary Sjögren’s disease generally smoked less than the controls and had a lower prevalence of obesity and diabetes, compared to the control group, and yet they had higher levels of hypertension and high cholesterol.

Compared to the general population, patients had higher rates of cardiovascular events involving the lungs and central nervous system.

The authors wrote, “Although these findings seem to support a close interaction between some traditional CV disease risk factors and disease-specific features of pSS, we found that patients without overt evidence of traditional risk factors indeed presented circulating anti-SSA/SSB antibodies, leucopenia, hypergammaglobulinaemia, and hypocomplementaemia more frequently than subjects with one or more CV disease risk factors. These findings, in line with the results of previous studies, appear to further support the independent role of disease-related features in favoring ATS [atherosclerosis] in pSS. This is consistent with the evidence that macrovascular impairment of endothelium-independent function and intima–media layer thickening in pSS are associated with leucopenia and circulating anti-SSA/SSB antibodies.” Continue reading…

Additionally, the study found that 67 percent of women with primary Sjögren’s syndrome never discussed their sexual dysfunction with their doctors, the most common reason being the doctor never brought it up.

Jolien van Nimwegen said, “The sexual health of patients with rheumatic diseases is often neglected, as both patients and physicians may find it difficult to address sexual complaints, partly because effective treatment options are not yet available. However, by simply acknowledging and discussing these complaints, rheumatologists can help patients to cope with their sexual problems. If necessary, patients can be referred to a gynecologist or a sexologist.”
“Sexual dysfunction should not be ignored in patients with pSS. Asking about sexual complaints is important, especially as many patients will not bring the subject up themselves,” concluded Jolien van Nimwegen. Continue reading…