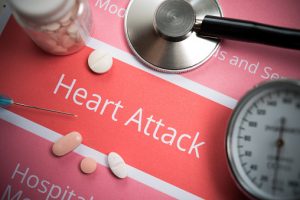 The researchers found that the older the patients were and the longer they had the disease for, the more likely they were to have some sort of a cardiovascular event.

Patients with primary Sjögren’s disease generally smoked less than the controls and had a lower prevalence of obesity and diabetes, compared to the control group, and yet they had higher levels of hypertension and high cholesterol.

Compared to the general population, patients had higher rates of cardiovascular events involving the lungs and central nervous system.

The authors wrote, “Although these findings seem to support a close interaction between some traditional CV disease risk factors and disease-specific features of pSS, we found that patients without overt evidence of traditional risk factors indeed presented circulating anti-SSA/SSB antibodies, leucopenia, hypergammaglobulinaemia, and hypocomplementaemia more frequently than subjects with one or more CV disease risk factors. These findings, in line with the results of previous studies, appear to further support the independent role of disease-related features in favoring ATS [atherosclerosis] in pSS. This is consistent with the evidence that macrovascular impairment of endothelium-independent function and intima–media layer thickening in pSS are associated with leucopenia and circulating anti-SSA/SSB antibodies.”

There isn’t just one simple test to diagnose primary Sjögren’s syndrome and there are many factors that are taken into account for a proper diagnosis. These factors include the presence of dry mouth and eyes, laboratory tests to confirm that dry mouth and eyes is caused by an autoimmune disease and not another disease or disorder (for example, a test looking for particular antibodies), and, lastly, an inner lip biopsy, which can show inflammation and damage to the salivary glands.

There is currently no cure for primary Sjögren’s syndrome, but treatments are available to make the condition more manageable. Some treatment options include proper oral hygiene, using artificial tears and other eye drops to maintain moisture in the eyes, pain reliever medication, and knowing when to exercise and rest to avoid overexerting yourself.