Inflammatory systemic autoimmune diseases, such as rheumatoid arthritis, lupus and Sjögren’s syndrome, have all been found to overlap. Lupus is an autoimmune disease that causes the immune system to produce antibodies that produce widespread inflammation all over the body and can result in tissue damage. Any part of the body, including the skin, joints, brain, lungs, kidneys, blood vessels and other internal organs, can be affected by lupus.

Rheumatoid arthritis is an autoimmune disease that causes arthritis. Once again the immune system creates antibodies that result in inflammation in and around the joints. Joints then become quite painful and mobility may be compromised.

Although it may seem like the obvious overlap in all three conditions is that they are autoimmune diseases, researchers have found a specific gene linking all three together. 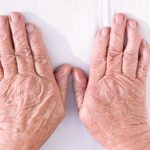 Researchers of the study conducted a meta-analysis of gene expression data for all three diseases to determine overlapping biological processes. The analysis uncovered that inflammatory systemic autoimmune diseases are composed of 371 differentially expressed genes – 187 were underexpressed and 184 were overexpressed. Many of these genes have been previously identified as biomarkers of systemic autoimmune diseases; however, many of them were new.

The study revealed common genes in Sjögren’s syndrome, lupus and rheumatoid arthritis, which revealed biological processes that play an important role in the formation of all three diseases.

Antibodies are what are produced in the body to tag foreign material, which may be harmful to the body. In an autoimmune disease antibodies wrongfully tag themselves to healthy parts of the body, thus causing inflammation. In Sjögren’s syndrome and lupus common antibodies seen in both diseases are Anti-SSA (Ro) and Anti-SSB (La).

Lupus can be mild or it can be life-threatening (the majority of cases are mild). Women develop lupus more commonly than men – around 90 percent of lupus cases are women – and it is most common between the ages of 15 and 45. 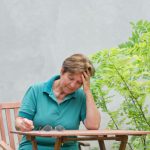 There is currently no cure for lupus, but treatments are available to better manage symptoms. Symptoms of lupus include:

The severity of symptoms ranges on an individual basis and can be temporary and develop slowly or suddenly.

As an autoimmune disease the exact cause is unknown, but there is supporting research that the following play a role in the cause of lupus. 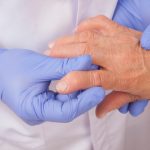 It can be quite easy to confuse rheumatoid arthritis and lupus as the two autoimmune diseases present themselves quite similarly. For one, both diseases present joint pain as a primary symptom, but it’s important to note that the levels of inflammation can differ between the two.

Furthermore, both conditions can affect energy levels and make you feel tired and exhausted despite how many hours of sleep you receive the night before.

In the beginning it is quite easy to confuse lupus with rheumatoid arthritis and vice versa, but when rheumatoid arthritis worsens over time a doctor can begin to see eroding of the bones through x-ray. To determine a diagnosis of lupus a doctor may order blood work to determine the function of your organs and check for anemia – another common symptom of lupus.

Although many inflammatory systemic autoimmune diseases are quite similar, with proper testing doctors are able to distinguish one from another to put you on the right treatment path.

Should you exercise if you have arthritis?