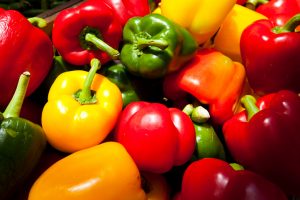 The theme of this year’s World Mental Health Day is “psychological first aid,” which focuses on psychological support provided by health staff, teachers, firemen, community workers, or police officers. It covers both psychological and social support as there needs to be a combination of the two in order to improve mental illness outcomes.

Nicotine given independently from tobacco may help ward off Parkinson’s or Alzheimer’s disease. It is a common knowledge that tobacco and tobacco products are bad for your health, but new research findings suggest that nicotine alone may offer protective properties to the brain.

The researchers added nicotine to the drinking water of the study animals. There were three different groups that received three different concentrations of nicotine similar to those received by occasional, low, and medium smokers. There was also a control group that did not receive any nicotine.

The two groups that received low and medium dosages did not show any levels of the drug in their system. Nor did they experience any changes in their eating habits, body weight, or number of receptors in the brain where nicotine acts. The group that had the highest dosage of nicotine ate less, gained less weight, and had more receptors, which means the drug gets into the brain and effect behavioral changes. Continue reading… 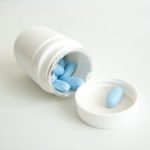 Women who take calcium supplements may be at a higher risk for dementia, compared to women who don’t take these supplements. Moreover, the risk is particularly high in women who have already sustained a cardiovascular event resulting in poor blood flow to the brain such as stroke.

The research found a seven times greater risk of dementia among stroke survivors supplementing with calcium, compared to women with no stroke history or who did not supplement. 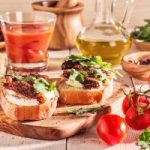 Mediterranean diet slows cognitive decline rate and Alzheimer’s disease in older adults. So far the Mediterranean diet has been hailed for its heart health benefits, but much research has also shown its benefits for the brain.

The Mediterranean diet is packed with fruits and vegetables, olive oil, whole grains, fish, and alcohol in moderation.

The study was conducted by researchers at Rush who found that the Mediterranean diet can work to slow down cognitive decline in seniors. The study looked at over 4,000 older adults who closely followed the Mediterranean style of eating.

The results of the study showed that those who most closely adhered to the diet had slower rates of cognitive decline, compared to participants whose eating habits didn’t resemble the Mediterranean diet as closely.

The participants underwent cognitive testing every three years and filled out questionnaires on frequency of consumption of 139 foods.

The max score a participant could have received was 55, which would indicate a complete adherence to the diet. The average score among the participants was 28. Continue reading… 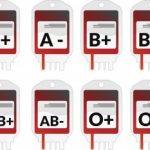 Memory loss and dementia are issues that plague so many of us as we age, but now researchers have found that having a particular blood type may determine your risk of developing such conditions.

There are other factors that contribute to memory loss aside from blood type, and scientists continue to point out ways to prevent the decline that is seemingly a natural part of aging. You need to keep stress and blood sugar levels relatively low, and of course, absolutely no smoking. Continue reading… 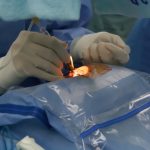 Researcher Dr. Alan Lerner said, “These preliminary results indicate that improved vision can have a variety of benefits for people with dementia and their loved ones, both visual and non-visual.”
Cataract surgery involves removing the eye’s cloudy lens and replacing it with an artificial clear lens.

The study included 20 dementia patients who had cataract surgery along with a control group of eight patients who did not undergo the surgery.