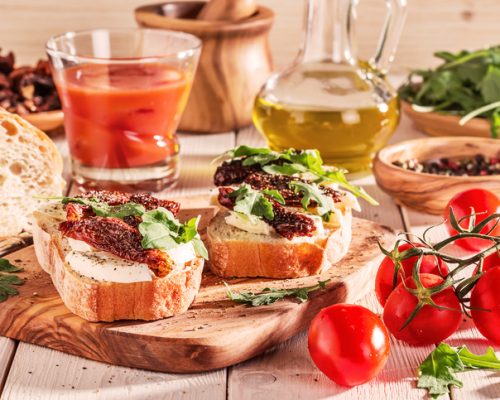 Mediterranean diet slows cognitive decline rate and Alzheimer’s disease in older adults. So far the Mediterranean diet has been hailed for its heart health benefits, but much research has also shown its benefits for the brain.

The Mediterranean diet is packed with fruits and vegetables, olive oil, whole grains, fish, and alcohol in moderation.

The study was conducted by researchers at Rush who found that the Mediterranean diet can work to slow down cognitive decline in seniors. The study looked at over 4,000 older adults who closely followed the Mediterranean style of eating.

The results of the study showed that those who most closely adhered to the diet had slower rates of cognitive decline, compared to participants whose eating habits didn’t resemble the Mediterranean diet as closely.

The participants underwent cognitive testing every three years and filled out questionnaires on frequency of consumption of 139 foods.

The max score a participant could have received was 55, which would indicate a complete adherence to the diet. The average score among the participants was 28.

Lead study author Christy Tangney said, “It’s always beneficial to eat healthily. But we’re finding more and more evidence that people who follow the Mediterranean diet have the right idea because they’re actually helping to prevent some of the serious health problems that are prevalent among older adults.”

The Mediterranean diet works as follows:

The Mediterranean diet has been shown to slow down cognitive decline, reduce progression to Alzheimer’s disease, and improve cognitive function. The researchers evaluated all available studies between 2000 and 2015 looking at the impact of the diet on cognitive process over time.

Lead author Roy Hardman said, “The most surprising result was that the positive effects were found in countries around the whole world. So regardless of being located outside of what is considered the Mediterranean region, the positive cognitive effects of a higher adherence to a MedDiet were similar in all evaluated papers.”

“The MedDiet offers the opportunity to change some of the modifiable risk factors. These include reducing inflammatory responses, increasing micronutrients, improving vitamin and mineral imbalances, changing lipid profiles by using olive oils as the main source of dietary fats, maintaining weight and potentially reducing obesity, improving polyphenols in the blood, improving cellular energy metabolism and maybe changing the gut microbiota, although this has not been examined to a larger extent yet,” added Hardman.

The findings also uncovered that the benefits weren’t only for older adults, but could be extended to all persons. 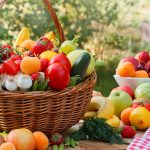 The Mediterranean diet has been shown to reduce brain cell loss (cerebral atrophy) in old age. Researchers have uncovered that consuming too much meat may actually shrink your brain, but consuming a diet similar to the Mediterranean style can help keep your brain healthy into old age. The findings suggest that those over the age of 65 who consumed more fish, fruits, vegetables, grains, and olive oil, had larger brain volume, compared to those who did not follow the diet.

Study author Dr. Yian Gu said, “It was encouraging to see that the more you adhere to this Mediterranean diet, the more protection you get against brain atrophy [shrinkage]. For people interested in the diet and lifestyle factors leading to better health, I think this is another study consistent with previous studies that indicate the Mediterranean diet is a healthy diet.”

Dr. Gu did point out that the study does not imply causality between diet and brain volume, but rather it reveals an association between the two.

In previous studies, the Mediterranean diet was found to be beneficial in preventing Alzheimer’s disease.

Dr. Gu and her team split 674 adults into two groups based on how close their diets were to the Mediterranean diet. Each individual underwent a MRI scan to measure brain volume and thickness. Questionnaires were also filled out to obtain information regarding their diet and eating patterns.

Those who did not follow the Mediterranean diet were found to have smaller brain volumes, equating to a difference of five years of aging.

Dr. Joseph Masdeu, from the Nantz National Alzheimer Center at Houston Methodist Hospital, commented, “I think the take-home message is clear . . . a diet containing less meat and perhaps more fish is good for you. There are negative studies [focusing on] the Mediterranean diet as well, but several confirming a positive effect. So it’s tentative, but it’s the strongest preventive approach we have [promoting brain health] together with exercise.”

Dr. Gu recommends consuming three to five servings of fish each week and limiting other meat to 3.5 ounces a day for optimal brain protection.

Dr. Malaz Boustani from the American Federation for Aging Research said, “This is an encouraging study that will really make us work harder to see how we can actually encourage people . . . to change their diet to accommodate the Mediterranean diet.”