July 28 is World Hepatitis Day and so to give you a heads start on hepatitis information we compiled some of our news stories not only discussing hepatitis but other health problems and factors too including fibromyalgia, Zika virus, liver inflammation, cardiovascular disease and stroke.

For World Hepatitis Day the World Health Organization (WHO) urges policy-makers, health workers and the public on preventing infection and death related to hepatitis. Viral hepatitis affects millions of people worldwide and although it can cause death it is a very preventable infection.

The below roundup of articles will help you learn more about hepatitis from what it is to how you can prevent it from yourself and those around you. 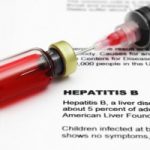 Fibromyalgia incidences higher in patients with hepatitis B virus infection

For the study, the researchers looked at 118 hepatitis B patients who were divided into three groups: HBV carriers, chronic active HBV patients, and patients who had been treated with antiretroviral therapy for at least three months. Sixty age- and gender-matched healthy individuals were also assessed as a control group.

Further to these findings, the researchers concluded that fibromyalgia incidences are indeed higher among HBV patients and that hepatitis B should be.

The researchers concluded that fibromyalgia incidences are indeed higher among HBV patients and that hepatitis B may be considered an independent predictor of the condition. Continue reading… 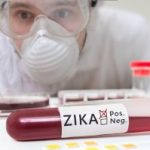 Zika virus development can be slowed down by experimental hepatitis C antiviral drug. Professor Johan Neyts explained, “The Zika virus is transmitted by the tiger mosquito. Roughly twenty percent of the people who are infected actually get sick. The most common symptoms, which last about a week, are fever, fatigue, joint and muscle pain, rash, and red eyes. A small number of infected people go on to develop Guillain-Barré Syndrome, which causes muscle weakness and temporary paralysis. In some cases, the patient needs to be put on a ventilator.”

“The biggest cause for concern is that pregnant women with the infection can pass on the virus to the fetus. As a result, some babies are born with microcephaly, a disorder of the central nervous system whereby the child’s skull and brain are too small. In severe cases, these children grow up with serious physical and mental disabilities,” Neyts continued.

He concluded, “The experimental hepatitis C inhibitor is not very powerful yet. Nevertheless, our study opens up important new possibilities. We can now start testing the effectiveness of other promising virus inhibitors and vaccines against the Zika virus.” Continue reading… 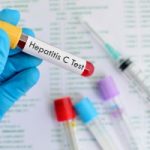 Study author Wendy Post said, “People infected with hepatitis C are already followed regularly for signs of liver disease, but our findings suggest clinicians who care for them should also assess their overall cardiac risk profile regularly.” She added that these patients would benefit from annual cardiac testing and evaluation and have their lifestyle habits assessed. They could be putting their hearts at greater risk, for instance, if they are eating poorly and are sedentary. Continue reading… 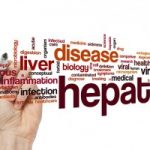 Researchers at Vrije Universiteit Brussel, Belgium used mice to explore monocytes’ role – immune cells that help fight off infection – in combating liver inflammation. In the case of the mice, the researchers focused on trypanosome parasites because they often lead to liver inflammation.

When the mice were infected with trypanosome parasites, initially more Ly6c positive monocytes travelled to the infected liver, but the Ly6c negative monocytes did follow as well. 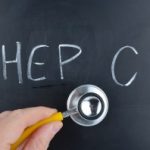 Dr. Jonathan Mermin from the CDC said in a news release, “Why are so many Americans dying of this preventable, curable disease? Once hepatitis C testing and treatment are as routine as they are for high cholesterol and colon cancer, we will see people living the long, healthy lives they deserve.”
If hepatitis C is not treated, patients are at an increased risk of liver cancer along with other life-threatening diseases. Furthermore, patients can unknowingly infect others. Continue reading…