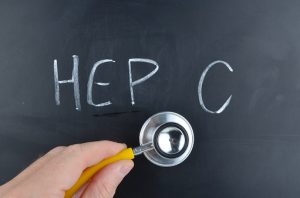 Dr. Jonathan Mermin from the CDC said in a news release, “Why are so many Americans dying of this preventable, curable disease? Once hepatitis C testing and treatment are as routine as they are for high cholesterol and colon cancer, we will see people living the long, healthy lives they deserve.”

If hepatitis C is not treated, patients are at an increased risk of liver cancer along with other life-threatening diseases. Furthermore, patients can unknowingly infect others.
The CDC reported that hepatitis C deaths in 2013 outnumbered the combined deaths of 60 other infectious diseases. Furthermore, the CDC suggests that numbers may actually be higher, as the numbers are based on death certificates in which hepatitis C is often underreported.

Baby boomers are at highest risk of hepatitis C due to possible infection occurring through surgical procedures, transfusion, and injections back in the times when needles were not as safe as they are today. A new wave of hepatitis C is seen among injection drug users as these cases more than doubled since 2010.

“Because hepatitis C often has few noticeable symptoms, the number of new cases is likely much higher than what is reported. Due to limited screening and underreporting, we estimate the number of new infections is closer to 30,000 per year,” said Dr. John Ward, director of CDC’s Division of Viral Hepatitis.

Dr. Ward added, “We must act now to diagnose and treat hidden infections before they become deadly and to prevent new infections.”

Treatment for hepatitis C has advanced over the years and can combat the infection within two to three months. The risk is that many individuals go on living their lives without knowing they have the infection until complications arise. The key to recovery is early detection.