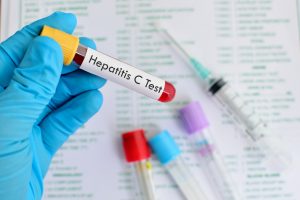 Study author Wendy Post said, “People infected with hepatitis C are already followed regularly for signs of liver disease, but our findings suggest clinicians who care for them should also assess their overall cardiac risk profile regularly.” She added that these patients would benefit from annual cardiac testing and evaluation and have their lifestyle habits assessed. They could be putting their hearts at greater risk, for instance, if they are eating poorly and are sedentary.
The study consisted of 994 men without heart disease, with 613 being HIV positive, and 70 of them both with HIV and hepatitis C. Only 17 participants were diagnosed with hepatitis C alone. The researchers found that, regardless of HIV status, those with hepatitis C had a 30 percent more damaging plaques in their arteries, which increased their risk of cardiovascular disease.

Hepatitis C can increase the risk of having stroke

In a previous study, researchers found a connection between hepatitis C and stroke. Although the researchers uncovered the link, they are still unaware of the exact mechanisms involved in increasing the risk.

Researcher He Huang and his team identified relevant studies using keyword searches in numerous databases. The collected studies looked at the stroke risk in people with hepatitis C, as well as the risk of stroke among the uninfected population. Mathematical models were used to determine the stroke risk associated with hepatitis C.

The researchers found over 300 abstracts where nine studies were relevant. Three studies were excluded due to insufficient data, leaving six studies to work with. Combined, the studies consisted of 22,000 people with hepatitis C and over 87,000 controls.

The researchers found a 58 percent higher risk of stroke in hepatitis C patients. The authors summarized, “This meta-analysis suggested that HCV infection increased the risk of stroke. More prospective cohort studies will be needed to confirm this association with underlying biological mechanisms in the future.”

“The mechanism(s) by which HCV may favor stroke is not known. Increasing evidence has showed that chronic HCV infection increased the risk of ultrasonographically defined carotid intima-media thickness and or plaque, which are predictors of cerebrovascular disease. It is well known that chronic inflammation plays an important role in the instability of plaque.”

The authors concluded that additional research is required to better understand the association between hepatitis C and stroke in order to determine prevention methods to lower the risk of stroke. In the meantime, it is best to prevent hepatitis C, and partake in healthy lifestyle habits such as eating well, exercising, and not smoking.