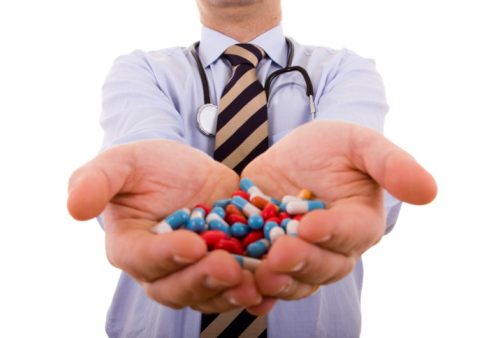 Antibiotics are generally prescribed for patients who are suffering from bacterial infections.  These drugs are designed to either immobilize or kill the bacteria that have invaded the body, thus allowing the immune system to produce antibodies and macrophages to eradicate these foreign microbes.  Antibiotics have been long been used for the treatment of a wide range of bacterial infections, preventing the chances of further damage to the body.  Antibiotics are usually safe to administer to patients of various ages, with the dosage often calculated based on the weight and age of an individual.  Pharmaceutical companies around the world have been keen on identifying better antibiotics that could be distributed in the market, with the hope that these newer drugs can also prevent further damage to the body.

The Damage on the Elderly Immune System

Although antibiotics are regarded as a prime drug used for treatment against bacterial infections that may influence damage to human health, these drugs may also impart negative effects to certain groups in society.  According to a recent medical report published in the Canadian Medical Association Journal (CMAJ), elderly patients receiving antibiotics for treatment of bacterial infections are more likely to develop further health damage due to this particular treatment.  The research study involved examining the health outcomes of approximately 144 elderly patients who were treated with antibiotics for specific bacterial infections such as pneumonia.  The study population consisted of patients with ages not younger than 66 years old.

The research report showed that treatment of elderly patients with antibiotics such as ciprofloxacin and clarithromycin resulted in liver damage, prompting hospital confinement for treatment of this side effect.  The report indicated that elderly patients who were treated for bacterial infections showed signs of liver damage approximately 30 days after administering the drugs.  The investigators of the study explained that it might be possible that the immune system, together with the rest of the body, of these elderly patients may be eliciting a different response to antibiotics, as compared to younger patients.

The findings of acute liver damage among elderly patients receiving antibiotics for the treatment of bacterial infections should thus be seriously considered in healthcare.  Although the administration of these drugs are meant to assist the immune system in combating microbes that have invaded the body, its use in elderly patients should also be extensively reassessed to prevent further cases of health damage in this specific subpopulation.  It may be possible that the dose of the drugs administered to senior patients may be too high,  resulting in an immediate damage to the liver, which is the main organ responsible for removing toxins that are circulating in the body.  The high dose of the drug may have overworked the liver, thus causing damage that may be, unfortunately, harder to treat among elderly patients.

This medical report increases our awareness that the use of specific drugs for the treatment of infections may not always result in positive outcomes.  It may be possible the certain side effects would occur, depending on the general health condition of the treated patient.  The immune system of the patient should also be considered before drug administration to possibly prevent further damage to specific organs of the body.  Excessive use of drugs among the elderly may also result in the development of multi-drug resistance, which is now considered as a global public health problem.

The administration of drugs among elderly patients should therefore be conducted with extra caution, as suggested by the recent medical report.  Although antimicrobial drugs are designed to assist the immune system in combating bacterial pathogens, these also have the capacity to generate liver injury, which may result in further medical complications