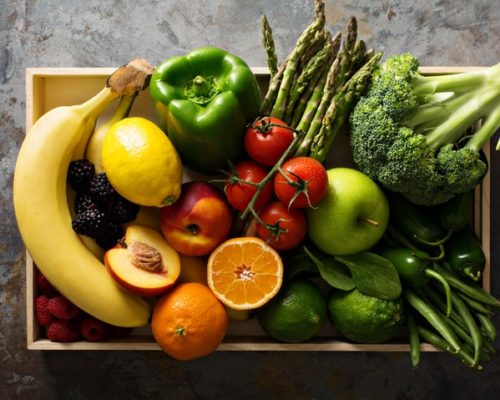 Ever since you were a child, you were told to eat your fruits and vegetables. Maybe back then, you were a picky eater but now have grown to like them, or maybe to this day you don’t eat as much as you should. But eating fruits and vegetables isn’t something that people just nag you about – there is plenty of research to support that regular consumption of them can go a long way in supporting your health.

First author of the study Dr. Changzheng Yuan explained, “One of the most important factors in this study is that we were able to research and track such a large group of men over a 20-year period of time, allowing for very telling results.”

The study looked at 27,842 men with an average age of 51 who were all health professionals.

Fifty-five percent of participants had good thinking and memory skills, 38 percent were moderate, and seven percent had poor memory and thinking skills.

The participants were then divided into five groups based on their fruit and vegetable consumption. The highest consumption group averaged six servings a day of vegetables and three servings of fruit. The lowest group only had about half of that.

It’s important to note that the study only looked at fruit and vegetable consumption, but generally, it has been noted that those who consume more fruits and vegetables tend to make other healthy diet and lifestyle choices which can influence memory and thinking abilities. The key is to maintain an overall healthy life with good lifestyle and diet habits. In the meantime, remember to always stock up on your fruits and veggies, just like your parents told you!