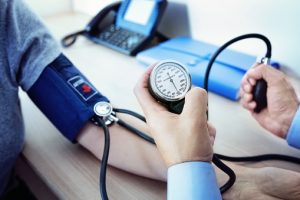 When it comes to treating high blood pressure — hypertension — there are many options available to you. You can go the natural route, which includes de-stressing, eating well, and exercising. You can go the medical route of popping a pill. Or you can combine aspects of both roads to get to your healthier destination.

Well, a new US-based survey found that if given a choice, many Americans would treat their hypertension either with a pill or a cup of tea rather than exercising.

The researchers at the Yale School of Medicine surveyed 1,384 American adults, some of which had high blood pressure, to uncover how people feel about different hypertension treatments.

The researchers advised the participants to imagine having hypertension and were asked how they would treat it. They could choose from four options: Drinking tea, exercise, taking pills, or semi-annual injections.

Next up with a high response was drinking tea.

The least popular choice was the injection.

Exercise is the recommended preventative method for high blood pressure from the American Heart Association and yet it doesn’t seem to be the most favorable.

Not only does exercise help prevent and manage blood pressure, but it can also prevent heart disease and other cardiovascular issues.

Although exercising may seem like the more challenging route to lower blood pressure, in the long run, it has greater benefits to overall health than simply taking a pill. Therefore, you should try to incorporate regular exercise at any level into your daily life.

What causes blood pressure to change after eating?