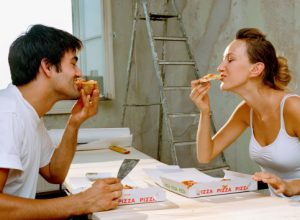 Living with high blood pressure (hypertension) can be a hassle to deal with. A major contributor to our blood pressure is diet. Once we become accustomed to a certain diet, we find it hard to adjust. However, we eventually need to swap out the food that increases blood pressure, as over time, high blood pressure causes blood vessels to become stiff and inflexible. This leads to other potential problems down the line—such as cardiovascular disease and stroke—which may have fatal consequences.

How many people are affected by high blood pressure?

The role of blood pressure is to maintain adequate blood perfusion to every tissue and organ in your body. Blood needs to fight against gravity, and your body is especially adept at maintaining a level of equilibrium for normal functioning—a healthy blood pressure is a huge part of that. Over time, however, the mechanism that pushes blood may weaken, resulting in your body having to work extra hard to push blood through the vessels. This leads to blood pressure rising and it can wreak havoc on the vascular system.

High blood pressure puts you at an increased risk for heart disease and stroke, which are leading causes of death in the United States. It is estimated that about 75 million American adults currently have high blood pressure; roughly one in every three Americans. High blood pressure contributes to more than 1,100 deaths each day.

What are the complications of high blood pressure?

The longer high blood pressure is poorly controlled, the greater the damage to various tissues and organs in the body. Excessive pressure against the vessel walls—caused by high blood pressure—can lead to several long-term and potentially fatal consequences.

Heart attack or stroke: Hardening and thickening of the arteries (atherosclerosis) cause poor blood perfusion to the heart or brain.

Aneurysm: Occurs due to the weakening of blood vessels that eventually bulge and rupture. This can be fatal.

Heart failure: High blood pressure requires the heart to pump harder to overcome the increased pressure. This causes the cardiac muscles to thicken and become inefficient, leading to heart failure.

Being smart about what you consume is the key to successful blood pressure management. In fact, the initial therapy for treatment is diet and exercise. If these two factors can be managed and maintained, blood pressure will start to normalize. All physicians will stress the importance of diet and exercise to their patients, as it will potentially bypass their need for prescription medication that could have unwanted side effects.

These foods tend to have a high amount of salt as either a preservative or for taste. This may help the manufacturer increase the shelf life of their product to help save some money, but it comes at the cost of your health. It is advisable to avoid processed foods such as chips, pickled goods, pretzels, peanuts, popcorn, frozen mixes, ketchup, dressings, dried soup mixes, as well as lunch and deli meats

Diets high in fat have shown through research to be a contributor to high blood pressure. Studies done comparing such diets to vegetarian diets show a definite contrast, as most vegetarians were seen to have to have blood pressure significantly lower. Vegetables contain a high amount of fiber as well as polyunsaturated fats, both of which lower blood pressure.

Excessive amounts have been shown to increase blood pressure to dangerous levels. Having as many as three drinks in one sitting can temporally elevate blood pressure and possibly stay in that high range if you binge drink regularly.

Caffeine is a stimulate found in coffee, and it is the reason why you feel awake after drinking a cup. But like most stimulants, it can temporarily increase blood pressure. It is thought that caffeine blocks adenosine, a hormone responsible for keeping blood vessels widened.

Excess sugar leads to more fat being created in the body. It is estimated that most Americans consume around 240 pounds of sugar each year on average, contributing to excess fat creation. Weight gain and being overweight increases blood pressure.

Known for having excessive amounts of sodium. A single dish of beef with broccoli may sound tasty but can contain up to 3,200mg of sodium. This is about double the daily recommended intake.

While convenient and inexpensive, frozen foods such as this pack a lot a sodium as it enhances that flavor and allows for a longer shelf-life. One serving, which may only be a slice or two, can have as much as 1,000mg of sodium.

Packed sweets that may or may not have some decorative icing on them can be a tasty treat, but they often contain salted saturated fats, sugar, and sodium-rich agents. Eating too many pastries, cakes, or even cookies can lead to obesity and raising blood pressure.

While eating a huge steak sounds appetizing, it is considered a fatty food. They are also likely to be seasoned with salt to enhance the natural meaty flavor. It is only recommended to have a small amount of red meat in a healthy eating plan, as too much can be bad for both the heart and blood vessels.

A common condiment eaten with hot dogs, this food item may often go under the radar as it is technically a vegetable, but it is often made using a lot of sodium. It is estimated to contain as much as 460mg of sodium in one serving.

Very popular among college students owing to its cheap price and relative tastiness. This product, however, contains 14g of fat and as much as 1,580mg of sodium in one package.

A national favorite, but also one that packs a lot of fat. Three slices of the stuff can have as much as 4.5g of fat and about 270mg of sodium.

This fried pastry is a favorite among many for its sweet taste and satisfying aroma, but donuts may be the worst snack ever. A single donut can contain more than 300 calories with 43 percent fat and 53 percent carbohydrates. Also, it is fried, which adds saturated and trans fats. Any healthy diet should avoid this food.

While drinking milk is often considered nutritious, whole milk can be a high source of fat. One cup has about 8g of fat, five of which are saturated (the type of fat linked to heart disease).

While considered a low-calorie food, the pickling process introduces a lot of sodium to the cucumber. Eating three medium sized pickles can have about 2,355mg of sodium, which is way more than the daily recommended amount.

Some brands of this butter substitute contain trans fats, which can be bad for cardiovascular health.

Found in most every food, added sugar raises calorie count, which can lead to weight gain and obesity.

A common staple on any dinner table, adding too much salt to your food can directly lead to increases in blood pressure, leading to damage to the heart and arteries.

Managing blood pressure may seem like a never-ending battle that requires a lot of sacrifices, and that may be true. But if you were to think of how it affects you in the long term, how it can shorten your lifespan—taking you away from family and loved ones—giving up that can of soda or bag of chips doesn’t seem like a bad trade.