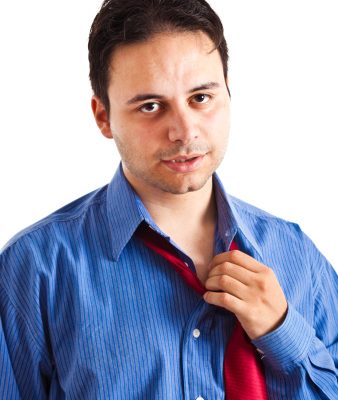 The summer season is often associated with heat waves that can generate some level of discomfort to people and during specific emergency cases, will often require immediate medical attention.  When the average daily temperature is constantly high, more people would choose to stay indoors, turn on the air conditioner, and nurse on his or her favorite cold drink.  All of these measures may to help avoid emergency situations of heat stroke. However, certain individuals still choose to do their regular tasks despite the hot weather.  For example, some people would still jog around the neighborhood at the same schedule that they use during the spring or fall seasons. It is also possible that these joggers may feel at least twice as tired after jogging as compared to performing the same activity in the spring.  Pushing one’s self to engage in physical activities in the heat may also result in a medical emergency such as heat stroke.

The Study on Emergency Care

In a recent study published in the journal PLoS, the actual physiological characteristics of a body engaged in a particular activity in the heat were presented.  The study involved approximately 17 male football players who engaged in two different matches, one set at a temperature of 43oC and the other at an ambient temperature of 21oC.  The goal of the study was to determine whether heat played a role in the regulation of breathing and heart rate during a specific activity.  In addition, the information generated from the study may help determine which specific conditions are prone to emergency medical care and this could be applied to actual cases.

The study involved the collection of information on the physiological activities and characteristics of the body when playing football two different temperatures, including that of body temperature and heart and breathing rates.  The actual extent of specific physical movements was also measured in the study. The information generated from the study may be helpful for the assessment of heat-related emergency cases.

Heart Health and Help with Breathing

High intensity movement such as running was also shown to decline at hot temperatures by approximately 26%.  It should be understood that rapid running requires the input of the heart, allowing rapid breathing for the transport of oxygen to the rest of the body.  The higher temperature during the football game may thus inhibit maximal breathing and result in an increase in heart rate, decreasing their capacity for high speed running.  Since the football players were generally healthy, there was no need for any medical emergency response to treat these individuals.

Another interesting observation included in the report involved the quality of passes performed by the football players.  The study showed that the quality of passes, including the number of successful passes, improved when the football players were engaged in a match at hot temperatures.  It is thus possible that despite the higher temperature and poorer quality in movement, their capacity of perform this specific activity has been retained.  The heart and breathing rates of these players during passes may also be optimal for successful transfers of the ball.

The results of the study may be useful in the physiological assessment of emergency patients during the summer, especially during a heat wave.  The heart and breathing rates of an individual may change when the temperature is high and in certain cases, these may require emergency medical attention.  It is thus important to monitor one’s heart and breathing rates during heat waves and allow the body plenty of fluids for rehydration to prevent emergency situations such as heat stroke.