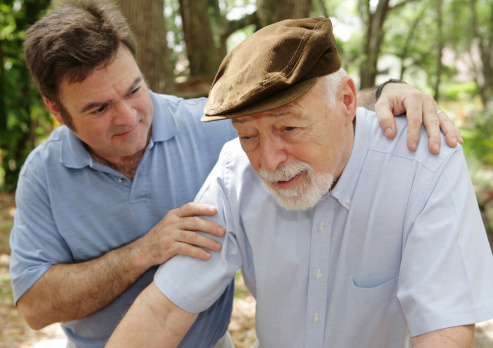 Nearly one million Americans are affected by a degenerative neurological called Parkinson’s disease with as many as 60,000 new cases being diagnosed every year. The disease, unfortunately, is without a cure. But treatments do exist that help control the symptoms as much as possible, but none effectively halt the progressive nature of the disease.
However, new research from the University of Aberdeen shows that high-calorie diets and weight gain may improve life expectancy and reduce dementia.

While some cases of Parkinson’s disease are thought to be attributed to genetic or environmental factors, the majority of cases are considered as having no specific known cause (idiopathic). Common symptoms of Parkinson’s include tremors, stiffness, and/or rigidity. This leads patients to have slow movements throughout every aspect of their lives, decreasing their quality of life. Parkinson’s patients may also present with impaired posture and balance as well have an increased risk of cognitive decline as advanced stages.

The study in question followed 275 diagnosed with Parkinson’s disease or parkinsonian disorders for up to 10 years. They wanted to assess whether weight loss has any outcome on the overall health of the patient.

Their findings suggest that weight loss is a common feature seen Parkinson’s disease and parkinsonian disorder, and can occur early in the stage of the disease. This early weight loss led patients to need more health with activities of daily living, a higher risk of developing dementia, and also a higher risk of early death.

This study was the first to identify this association and has led the researchers to encourage doctors to make weight monitoring an important diagnostic criteria.

“Weight loss is a common problem in Parkinson’s, but it wasn’t clear before we did this how common it was, mainly because of biases in previous studies, or what the consequences were of weight loss. Our hypothesis was that people who are losing weight were going to have adverse outcomes.

It has yet to be proven that incorporating higher-calorie diets to promote weight gain will improve patient outcomes, but future studies will explore this relationship.