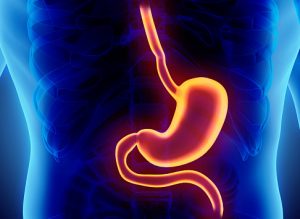 Consistently dropping items or having slowed movements is not something we all face on a daily basis, but those with Parkinson’s disease live with it every day. The feeling that you don’t have complete control of your body can be an extremely frustrating experience, especially when you don’t know the cause. But according to new research conducted by the American Academy of Neurology (AAN), Parkinson’s disease may possibly start in the gut first, then work its way up through a cranial nerve and into the brain.

While only a preliminary study, researchers examined people who had a particular type of surgery that removed part of the vagus nerve, called a vagotomy. This cranial nerve is typically responsible for controlling unconscious bodily processes like heart rate and food digestion and can be removed in the case of first line treatment for intestinal ulcers. By using data collected from national registers in Sweden, the researchers compared 9,430 people who had this surgery over a 40-year period to 377,200 people from the general population. They discovered that in this time period, 101 people who had a vagotomy developed Parkinson’s disease—1.07 percent. This finding was not considered significant, as they also found that within the general population, only 1.28 percent developed Parkinson’s in the same time frame.

The researchers acknowledge that despite having a large pool of subjects for this study, they couldn’t control all potential factors that could affect the risk of Parkinson’s disease, such as smoking and genetics. More research will be needed in this area.