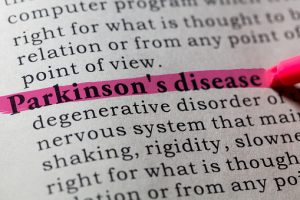 Parkinson’s disease is a long-term degenerative disorder of the central nervous system. While some cases can be attributed to genetic inheritance or environmental factors, the majority of cases are considered idiopathic—having no specific cause. However, chemists from Konstanz sought out to develop a complex series of experiments that examined the effects of changing a single amino acid in a protein involved in the manifestation of Parkinson’s disease with great success.

“We hope that the finding of this selectively defective membrane binding will help us to understand how Parkinson’s develops on a molecular level. Ultimately, this will facilitate the devising of therapeutic strategies,” outlines Julia Cattani, a doctoral student who played a major role in the success of the research.

The protein in question is named alpha-synuclein and is found in abundant quantities in the human brain. While its exact biological function is not known, it is closely linked to Parkinson’s disease—alpha-synuclein protein “clumps together” in the nerve cells of Parkinson’s patients. The protein consists of a chain of 140 amino acids, and in the rare case of hereditary inheritance of Parkinson’s disease, one of these 140 components has been replaced. The researchers have only now found out the influence these selective changes in the protein sequence have on the behavior of alpha-synuclein.

In order to experiment and find out more about these selective mutations, the chemists—with the help of electron paramagnetic resonance spectroscopy—applied tiny magnetic probe molecules to various places on the alpha-synuclein protein, of which they could then measure the rotation of these nanomagnets. They discovered that at every spot where the protein binds to a membrane, the rotation of these magnetic probes slows down. Knowing this, the researchers were able to precisely determine when and where a binding to the membrane takes place and when it does not. Additionally, an important clue for the molecular context of Parkinson’s disease discovered was the disturbance of the membrane binding of alpha-synuclein.
“We went to great lengths, performing over 200 spectroscopic experiments, the results of which we compared with our models by means of a specially developed simulation algorithm. The outcome certainly compensated our efforts,” says Julia Cattani.

Research results can be found in the prestigious specialist Journal of the American Chemical Society.