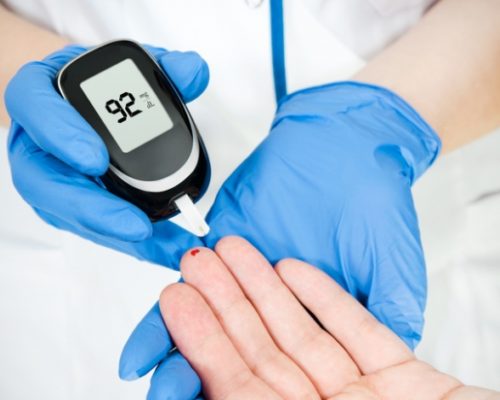 Parkinson’s disease progression can be slowed down by experimental diabetes drug. The researchers studied a drug that binds to the peroxisome proliferation-activated receptor gamma (PPARγ) agonist medications, such as GZT drugs, which has been shown to offer protection for nerve cells in animal models of Parkinson’s disease. PPARy regulates how the body uses fats and sugars. This type of medication is often used in diabetics with high blood sugar levels.

Although studies have been conducted on animals, it is unknown if this class of drugs offers the same benefits in humans. The researchers then conducted data on a group of diabetics to determine an association between the drug and Parkinson’s disease.

In an upcoming clinical study, scientists explored the possibility of Simvastatin (a cholesterol-lowering drug) as an effective method of treatment for people with Parkinson’s disease.

The study, which will take place in 21 centers in the U.K., including Plymouth Hospitals NHS Trust, is being organized by the Plymouth University Peninsula Schools of Medicine and Dentistry. It will involve 198 Parkinson’s patients in a double-blinded placebo-controlled study. For the trial, the researchers are seeking patients with Parkinson’s disease who are not currently taking statins (cholesterol-lowering drug). Additionally, people who have been living with Parkinson’s and who are not already taking a statin medication are also needed.

The Cure Parkinson’s Trust’s Linked Clinical Trials Programme includes many Parkinson’s experts from all over the world. These experts analyze a number of pre-selected compounds that potentially have the ability to slow, stop, or reverse Parkinson’s and then do clinical trials with them. They only experiment with those drugs that have proven their safety in people. Thanks to this programme, the scientists were able to move diabetes treatments and treatments for mitochondrial dysfunction forward into Parkinson’s trials. And now they are working with cholesterol-lowering drugs.

According to the lead researcher of the current study, Dr. Camille Carroll, “Working with drugs that have already been proven safe for humans for use in Parkinson’s is encouraging. For the more than 127,000 people living with the condition in the U.K., these trials could open up new avenues in the treatment of Parkinson’s.

The co-founder of The Cure Parkinson’s Trust (CPT), Tom Isaacs is himself a patient of this condition for more than 20 years. He says the team is leaving no stone unturned to find newer and better ways of treating this debilitating condition. Their goal is to make a difference to patients of Parkinson’s disease. The researchers are encouraged by the pre-clinical work that used simvastatin in patients with multiple sclerosis. The preclinical trials showed that the drug has an effect on alpha-synuclein clumping (a common feature of Parkinson’s).

Worldwide, it is estimated that 10 to 20 million people are living with Parkinson’s disease and this number is expected to double by 2030. The team hopes that their work will go a long way in making these people have a better life in spite of the condition.