This weekly health news roundup presents stories regarding shingles, rheumatoid arthritis, multiple sclerosis, and fibromyalgia. We examine whether shingles is contagious and if it is a threat to pregnant women. We also explore rheumatoid arthritis and post-traumatic stress disorder, along with the risk of multiple sclerosis associated with one’s geographical location. Lastly, we wrap up the roundup exploring how fibromyalgia pain can be predicted and how Zika virus can be transmitted sexually.

So in case you missed them, here are Bel Marra Health’s top news stories of the week. 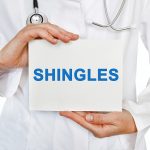 Is shingles contagious? Shingles risk during pregnancy, transmission, and prevention

Shingles is only contagious to individuals who had not been vaccinated or to people who have never had the chickenpox. At-risk groups that can develop chickenpox as a result of exposure to shingles are infants, young children, and individuals who are not vaccinated. Generally, pregnant women are not at risk to develop shingles, but if they do develop shingles near the end of their pregnancy term, it can pose harm to the fetus.

After a few days of shingles symptoms, when the patient develops a rash that begins to blister, that is when the virus is being shed and is most contagious. Shingles has two stages: prodormal and active. In the prodormal stagen a patient experiences symptoms of shingles without a rash. The active stage is marked by the presence of the rash. Continue reading… 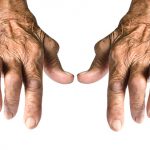 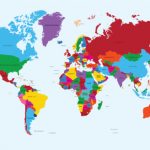 Multiple sclerosis development risk linked with where you live

Multiple sclerosis (MS) is one of the most disabling conditions of young adults around the world. Each week in the United States at least 200 new cases are diagnosed, and some neurological experts believe environmental factors have a stronger link to our risk of developing MS than they were originally thought.

In one study conduced in the U.K, reader of clinical neurology Dr. Klaus Schmierer found that black residents and people from South Asia had higher prevalence of multiple sclerosis, compared with the same groups that were living in their ancestral countries. This seems to suggest an environmental influence in the development of MS.

Schmierer and his team of researchers pointed out that east London is a diverse area with high population density and, therefore, lent itself well to an investigation into the impact of migration from territories of very low MS prevalence to the U.K., where MS prevalence is, in fact, very high. 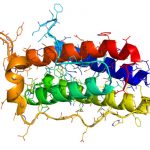 Fibromyalgia pain levels can be predicted by leptin, according to research. Fibromyalgia is a condition with many diverse symptoms, the most common being widespread pain. Associated differing biological variables include elevated sedimentation rate (ESR), cytokine profile, and hormone levels. Diagnosing fibromyalgia is a challenge as there are no known biomarkers a patient can be tested for. For the study, researchers used the Vectra®DA, a multi-biomarker disease activity score, to measure serum biomarkers in patients with fibromyalgia and elevated inflammatory markers.

This cross-sectional study involved 33 patients from Los Angeles County. Patients displayed high results on the Vectra®DA, with mean score of 46.5 (range 30 to 84, or moderate to high activity). The serum concentrations of 12 biomarkers – with the exception of leptin – were found to be similar to those with rheumatoid arthritis. Forty-five percent of fibromyalgia patients had higher leptin levels.

The researchers found that the protein leptin plays an important pro-inflammatory and immunomodulatory role in the disease development in a clinical subgroup of fibromyalgia patients with elevated leptin levels. A better understanding of the leptin participation in the pathogenic processes of fibromyalgia may help diagnose the condition and offer better treatments. Continue reading…

Zika virus spreads through sexual contact and researchers have uncovered how this transmission occurs. The new findings can help develop targeted drugs to fight off Zika virus.

Lead researcher Shee-Mei Lok said, “This is exciting, as our structure will provide important clues to other researchers around the world who are working to find therapeutic agents against the Zika virus.”

For the study, researchers imaged the Zika virus under a cryo-electron microscope. The researchers used thousands images to reconstruct a high-resolution cryo-electron structure of Zika. This reconstructed virus showed that Zika’s overall virus architecture is similar to other flaviviruses, like West Nile or dengue. On the other hand, the researchers also found that Zika is more thermally stable than the dengue virus, and it is more structurally stable even when incubated at 40 degrees, which mimics fever patients.

Surface proteins of Zika virus have tighter interactions, compared to the dengue virus, adding to its stability. This may explain why Zika virus can survive in urine, semen, and saliva. Aside from Zika transmission through a mosquito bite, the virus is particularly resilient thanks to its structural stability, which helps explain how it can be transmitted through sexual intercourse. Other mosquito-borne viruses cannot be transmitted sexually.

The findings imply that possible treatment methods for Zika can work by weakening the structure of the virus, thus helping reduce illness severity and limiting its spread. Continue reading…