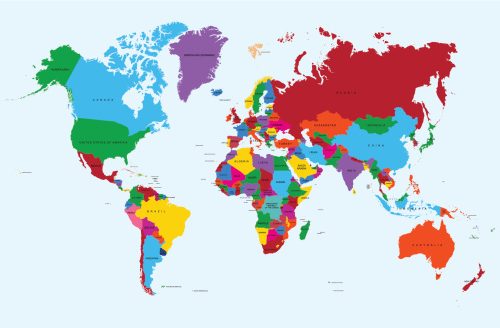 Multiple sclerosis (MS) is one of the most disabling conditions of young adults around the world. Each week in the United States at least 200 new cases are diagnosed, and some neurological experts believe environmental factors have a stronger link to our risk of developing MS than they were originally thought.

In one study conduced in the U.K, reader of clinical neurology Dr. Klaus Schmierer found that black residents and people from South Asia had higher prevalence of multiple sclerosis, compared with the same groups that were living in their ancestral countries. This seems to suggest an environmental influence in the development of MS.

Schmierer and his team of researchers pointed out that east London is a diverse area with high population density and, therefore, lent itself well to an investigation into the impact of migration from territories of very low MS prevalence to the U.K., where MS prevalence is, in fact, very high.

When looking at environmental factors, researchers have found that the risk of developing multiple sclerosis becomes higher as you move farther away from the equator. Additionally, developed countries – ones with better sanitation – have more cases of MS. This leaves many medical scientists wondering if we are too careful when killing microorganisms. In other words, are we killing off both good and bad in our efforts to be clean?

Following his study, Dr. Schmierer said that while genetics and gender do play a role in getting multiple sclerosis, it appears to be more of a factor once disease is established.

Research suggests that the ratio of women to men with MS is three or four to one. Why more women suffer from multiple sclerosis is a subject of constant study.

Experts recommend more study in the area of multiple sclerosis development risk and, specifically, environmental factors. At this point, there is no real explanation for the results from the U.K study. Some theorize that increased exposure to environmental agents or even behaviors that could stimulate the development of MS may play a role, but again more research is needed.

Many medical scientists say they can’t help but notice multiple sclerosis geographical factors. Statistics show that MS occurs in fewer than one out of 100,000 people in areas near the equator. In areas farther from the equator, such as northern Europe and northern parts of North America, MS seems to occur 30 to 80 out of 100,000. As we move away from the equator, the number of MS cases decreases.

Studies have shown that people who live in places closer to the earth’s poles, including Australia, New Zealand, Canada, and Iceland are at higher risk of developing MS. As an example, statistics show that multiple sclerosis is twice as prevalent in North Dakota as it is in Florida. This has led some doctors to suggest MS has something to do with our body’s response to vitamin D. 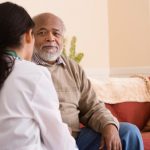 Experts agree that there is unequal distribution of multiple sclerosis cases around the world. In the United States, estimates are set at around 500,000. Parts of the U.S are in the high-risk area and are close to the earth’s pole. Researchers and scientists have seen a great number of people in the United States suffer from this chronic, progressive, degenerative disorder that impacts the nerve fibers in the brain and spinal cord.

The symptoms of multiple sclerosis can begin anywhere between the age of 10 and 80, but it is most common between 20 and 40 years of age. It is interesting to note that although MS is more frequent in Caucasians, African Americans seem to become disabled quicker with the disease. This suggests greater harsh tissue damage in this population.

People with multiple sclerosis often complain that they are more uncomfortable during extreme hot or cold weather conditions. Climate is one factor to look at when trying to figure out where to live if you have MS.  You can visit a city first to see if temperatures impact your symptoms before deciding whether or not to live there. There are other factors a person should take into consideration if they are fighting the symptoms of multiple sclerosis.

As mentioned above, transportation can be a factor for people with multiple sclerosis, especially for those who are wheelchair-bound. The Christopher and Dana Reeve Foundation ranked the top five best cities in the United States for wheelchair users. They are: Seattle (Washington), Albuquerque (New Mexico), Reno (Nevada), Denver (Colorado), and Portland (Oregon).

We can’t say for certain what causes multiple sclerosis. However, patterns involving environment are certainly fascinating to medical researchers. One of the strongest theories among medical experts is that MS is a disease with a genetic predisposition in combination with an environmental or viral factor.

We know that people with other autoimmune diseases, people with type 1 diabetes or inflammatory bowel problems are at an increased risk of developing MS. Researchers are also hard at work studying the relationship multiple sclerosis might have with Epstein-Barr, herpes, varicella zoster, and a long list of other infections.

It is estimated that 2.3 million people around the world are currently struggling with MS. While the disease was first recognized way back in the 1800s, it has only been in the last few years that doctors and scientists have said they believe a cure is possible in the near future.

Multiple sclerosis risk may increase with obesity in children and teens

Multiple sclerosis (MS) risk may increase with obesity in children and teens. The researchers suspect that the hormone leptin, responsible for inhibiting hunger, may be mediating this association between obesity and the development of MS. The study was led by Dr. Jorge Correale who explained, “We need to do more work to understand the mechanisms involved in all the different environmental/habitual factors, including body mass index. If we understand mechanisms, we can propose treatment alternatives to decrease the risk to develop the disease or to prevent increase in the severity of the disease.” Continue reading…

Multiple sclerosis (MS) may be triggered by the death of myelin-producing brain cells (oligodendrocytes), which causes an autoimmune response against myelin. The findings come from researchers at the University of Chicago and Northwestern Medicine who developed novel mouse models to conduct their study. The researchers found that the death of oligodendrocytes initiates an autoimmune response against myelin, triggering multiple sclerosis-like symptoms in mice. Continue reading…