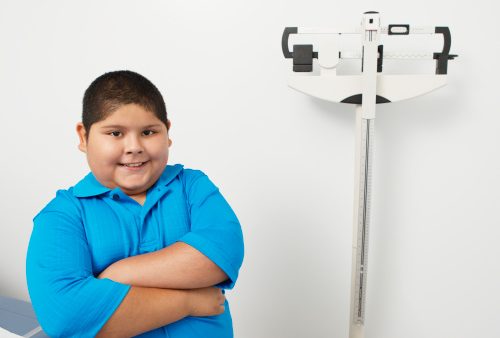 Multiple sclerosis (MS) risk may increase with obesity in children and teens. The researchers suspect that the hormone leptin, responsible for inhibiting hunger, may be mediating this association between obesity and the development of MS. The study was led by Dr. Jorge Correale who explained, “We need to do more work to understand the mechanisms involved in all the different environmental/habitual factors, including body mass index. If we understand mechanisms, we can propose treatment alternatives to decrease the risk to develop the disease or to prevent increase in the severity of the disease.”

Hormone levels were measured as well, along with cytokine-producing cells. The researchers found that BMI increased with the raising serum leptin levels. On the other hand, high BMI was found to be associated with decreased levels of vitamin D. Dr. Correale added, “Leptin promotes inflammatory responses in the body, which could potentially explain the link between obesity and MS.”

“During the last few years, we have started to understand more about different factors involved in the genesis of MS. There is a genetic predisposition, and in addition some environmental factors or habits that are thought to increase the risk of developing the disease, such as smoking, low vitamin D, and Epstein-Barr virus infection. In addition, in animal models, increased amount of salt in the diet is thought to increase risk, and now it appears that obesity is an additional habit factor that can increase the risk of developing MS,” Dr. Correale continued.

Previous research has found a link between high BMI and risk of multiple sclerosis levels as well. Additionally, high BMI has been linked with lower vitamin D levels, another risk factor for multiple sclerosis. “Furthermore, leptin inhibits the actions, and reduces the number of regulatory cells that under normal conditions control auto-aggressive cells. These 2 mechanisms explain, at least in part, some of the obesity effects.”

“Although leptin induces inflammatory mechanisms, it also appears to have a beneficial effect on neuronal survival and myelination. Thus, mice deficient in leptin or its receptor display reduced brain weight and immature pattern of expression of synaptic and glial proteins. Thus, a clear balance between the dichotomous actions of leptin should be achieved,” Dr. Correale concluded.

In an alternative study, researchers found that the risk of multiple sclerosis may be higher in obese children and teenage girls. Study author Annette Langer-Gould said, “Over the last 30 years, childhood obesity has tripled. In our study, the risk of pediatric MS was highest among moderately and extremely obese teenage girls, suggesting that the rate of pediatric MS cases is likely to increase as the childhood obesity epidemic continues.”

Langer-Gould concluded, “Even though pediatric MS remains rare, our study suggests that parents or caregivers of obese teenagers should pay attention to symptoms such as tingling and numbness or limb weakness, and bring them to a doctor’s attention.”

Multiple sclerosis symptoms vertigo and dizziness can cause lightheadedness, false sensation of spinning

Multiple sclerosis (MS) symptoms vertigo and dizziness can cause lightheadedness and spinning sensation. Vertigo is a sensation of being spun around, stopping, and having the residual feelings of spinning even if you are not moving. Vertigo can be experienced by anyone, but it is found to be a common symptom in multiple sclerosis affecting nearly 20 percent of patients. Continue reading…