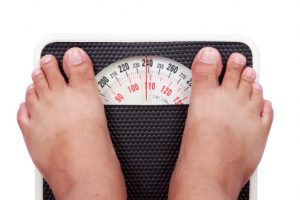 A new study has found that worldwide there are more obese people than underweight. Furthermore, the researchers predict that one-fifth of the population will be obese by 2025.

The number of obese individuals rose from 105 million to 541 million since 1975. The obesity rate for men rose from three percent to 11 percent, and for women it went from six percent to 15 percent.

“To avoid an epidemic of severe obesity, new policies that can slow down and stop the worldwide increase in body weight must be implemented quickly and rigorously evaluated, including smart food policies and improved health care training,” added Ezzati.

Even though the study found that underweight rates are on the decline, it is still a pressing health problem in the poorest parts of the world. One-quarter of South Asians are underweight, as well as 15 percent and 12 percent of African men and women, respectively, the study found.

The findings paint a picture of a fatter world of greater inequality, as George Davey Smith wrote in an accompanying editorial, “A focus on obesity at the expense of recognition of the substantial remaining burden of undernutrition threatens to divert resources away from disorders that affect the poor to those that are more likely to affect the wealthier in low-income countries.”