This weekly health news round up includes our top stories in regards to fibromyalgia, rheumatoid arthritis, ALS and obsessive-compulsive disorder. These are the stories you may have missed and so we have compiled them together for you to keep you in the know. 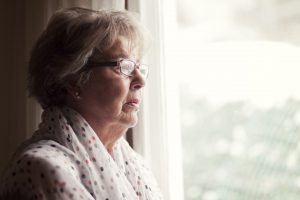 Fibromyalgia, a condition best described as chronic wide-spread pain, has been linked with cognitive dysfunction and specifically memory loss.

A recent study confirmed the link between fibromyalgia and cognitive impairment. Fibromyalgia sufferers have complained about memory loss and feeling like they are in a fog. Today, the American College of Rheumatology includes cognitive dysfunction, such as “fibro fog” on its list of diagnostic criteria for fibromyalgia.

The study published in Arthritis Care & Research indicates that a group of fibromyalgia patients or, as some refer to it, FM sufferers, scored lower on recall and verbal learning tests than those without the condition. This suggests impairment in “episodic memory”. For example, this could mean they had a hard time recalling past personal experiences that occurred at a particular time and place. FM patients also showed much poorer judgment on self-perception of cognitive dysfunction, including mental acuity. This suggests they had more difficulty focusing, concentrating and understanding. Continue reading… 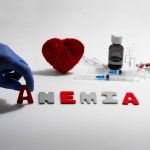 Patients were evaluated for erythrocyte sedimentation rate (ESR) and levels of hemoglobin, C-reactive protein, tumor necrosis factor-alpha (TNFα) and interleukin-1 beta (IL-1β). Anemia, according to the World Health Organization (WHO), is a condition, in which the hemoglobin levels are less than 120 g/L for women and less than 130 g/L for men.

Anemia was found in 57 patients, and so the researchers concluded that not only is anemia found in high prevalence in rheumatoid arthritis patients, but a greater reduction in hemoglobin levels was seen in patients with higher activity of the disease. Furthermore, greater disability and pain were also observed in patients based on disease duration. Continue reading… 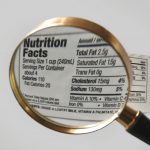 Further analysis found higher premorbid intake of total fat, saturated fat, trans-fatty acid, and cholesterol was linked with an increased risk of ALS, and alcohol intake was linked with a reduced risk. 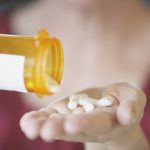 The study, led by Luciana F. Muniz, evaluated the frequency of metabolic syndrome and disease in relation to 103 premenopausal female lupus patients along with 35 healthy premenopausal control women.

Metabolic syndrome was higher among the women with lupus in comparison to the healthy women. The researchers also found that the use of chloroquine – an antimalarial drug – had protective effects against metabolic syndrome in lupus patients. Continue reading… 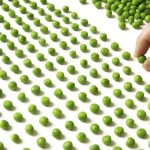 Obsessive-compulsive disorder (OCD) questionnaire can also help determine the risk of depression and anxiety. OCD, depression, and anxiety can often all coexist with one another, but having OCD specifically increases the risk of additional comorbid illnesses.

Researchers have found that a shortened version of a questionnaire commonly used by psychologists to determine risk of OCD may also be beneficial in uncovering anxiety and depression as well.
The original questionnaire – Obsessive Beliefs Questionnaire – consisted of 87 questions, but has been revised and shortened numerous times to narrow it down to 20 questions, making it much easier and quicker to use.

Researcher Thomas Fergus said, “At one time, the questionnaire was used because it was thought that responsibility or overestimation of threat might be specific to OCD. But the short of it now is that certain beliefs appear to be relevant for more than OCD, so this might help us better understand depression and anxiety and have a broader application.” Continue reading…