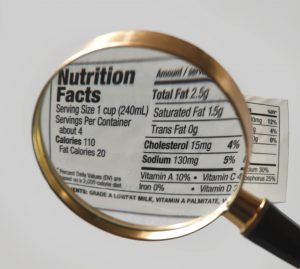 Further analysis found higher premorbid intake of total fat, saturated fat, trans-fatty acid, and cholesterol was linked with an increased risk of ALS, and alcohol intake was linked with a reduced risk.


Diet high in calories and carbs can slow down ALS progression

In many disorders and illnesses, caloric restriction has been found to improve health outcomes. Researchers tested this theory on mice with ALS, and although at first they found it improved motor functions, the benefits were short-lived, and greatly reduced body mass, as well as overall mobility and fore-paw grip endurance.

Additionally, caloric restriction also sped up the progression of ALS and shortened the mice lifespan. Furthermore, reduction in body weight negatively affects ALS, and caloric restriction may aggravate malnutrition. Malnutrition is especially harmful in ALS, as it increases the risk of mortality.

Factors contributing to malnutrition in ALS include dysphagia, loss of appetite, impaired function of tongue muscles and ability to chew, muscle deterioration in the hands, increasing the difficulty of self-feeding, and hypermetabolism.

In an alternative study that examined caloric intake and progression of ALS, researchers found that overweight mice with ALS lived longer, and that mice with an ALS-causing gene lived longer when they were fed higher calories and fat.

Researcher Dr. Anne-Marie Wills said, “Although the sample size was small, we are optimistic about these results, because they are consistent with previous studies in ALS mouse models that showed that hypercaloric diets improve survival.

Not only could this type of nutritional intervention be a novel way to treat and slow down the progression of ALS, it might also be useful in other neurological diseases.”

Additional research still needs to be conducted in order to confirm these outcomes, but they are preliminary findings to a possible course of treatment to slow down ALS.

ALS has been linked with frontotemporal dementia. You may be familiar with ALS because the disease that was brought to the world’s attention by YouTube’s successful “ALS Ice-bucket-challenge.” Amyotropic Lateral Sclerosis (ALS) is a devastating disease of the nervous system, especially the part that controls voluntary movements such as speaking, walking, breathing, and swallowing. Continue reading…

Risk of falls, bone fractures, and injuries increases as we age due to loss in bone density, sudden blood pressure drops, and loss of strength. Even medications we take can put us at risk of falls by causing dizziness and confusion. No one wants to end up in long-term care because of breaking a hip… Lowering our risk of falling the older we get is a priority. Continue reading…