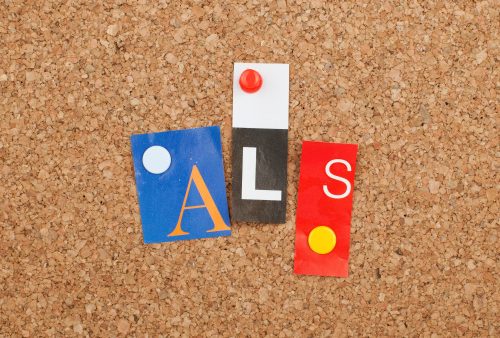 ALS has been linked with frontotemporal dementia. You may be familiar with ALS because the disease that was brought to the world’s attention by YouTube’s successful “ALS Ice-bucket-challenge.”

Amyotropic Lateral Sclerosis (ALS) is a devastating disease of the nervous system, especially the part that controls voluntary movements such as speaking, walking, breathing and swallowing. It is also called Lou Gehrig’s disease, after the Major League baseball player who succumbed to the disease. According to statistics released by the ALS Association, more than 30,000 Americans have ALS. The most striking feature of the disease is that the muscles become progressively weaker, eventually leading to paralysis and death.

As of date, there is no known cure for ALS and the devastating he effects of the disease is not reversible. Not surprisingly, patients with ALS have a very short life span after the onset of symptoms, with most people dying within five years. 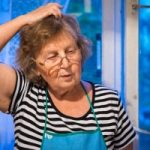 Till very recently it was believed that there are no cognitive effects of ALS, and the condition does not affect a person’s mental processes. However, in a new study, Northwestern Medicine scientists proved that these patients can experience ALS cognitive changes that are severe enough to be called dementias.

During the study, the scientists discovered that a protein from the FUS gene, one of the genes associated with ALS as well as frontotemporal lobar degeneration (FTLD), causes direct mitochondrial destruction in tissue of patients with neurodegenerative diseases like ALS. This intra-cellular damage seemed to happen pretty early on in disease progression. This is one of the reasons why mitochondrial health is becoming a priority for scientists concerned about developing early diagnostic means as well as effective treatments for neurodegenerative diseases.

According to lead author of the study, Jane Wu, MD, PhD, Professor of Neurology and Psychiatry, the mitochondrial destruction causes neuron toxicity which in turn leads to neurodegeneration.

The team believes that the ability to diagnose the disease earlier, before it progresses to an irreversible stage is critical for successful treatment.

Dr. Wu, a professor of Neurology, and her team have spent the past two decades studying critical players in dementia and motor neuron diseases. Dr. Wu hopes the development of early diagnostic tools will help diagnose these diseases before they become irreversible. Early diagnosis will allow scientists to develop therapeutic approaches that enhance patients’ quality of life and possibly reduce the risk of death from the disease. 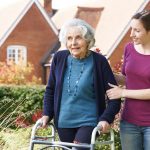 Frontotemporal dementia and ALS share many symptoms especially the frontal lobe dementia ALS symptoms. Changes in brain function and behavioral impairment associated with ALS can vary widely from individual to individual.  However, the most commonly documented sign of cognitive impairment or behavioral changes in ALS patients are noticed in reasoning, sequencing, ordering, judgment, inferring, regulating emotions, planning, and other such functions which collectively fall under the realm of executive function.

What’s also becoming increasingly obvious is that impairment in executive function usually leads to a shift from normal behavior, which in turn gives rise to indifference, lack of motivation, social withdrawal and even a lack of empathy or understanding beyond self.

The depleted brain functions in ALS can also play havoc with written and oral expression, and also simple comprehension. Individuals usually manifest with slowed word-finding, even though there are no bulbar symptoms characteristic of dysphagia and dysarthria. Spelling skills can go down, though one must be able to differentiate between ALS induced spelling-skill depletion and the depletion bought about by the appalling quality and quantity of our education system.

The current series of studies have highlighted that older, less educated individuals with bulbar symptoms of ALS, are more likely to have cognitive and/or behavioral impairment. However, why this happens is poorly understood, and further research needs to be done before confirming this.

Researchers at Mayo Clinic in Florida have recently come up with a mouse model that demonstrates the neuropathological and behavioral features associated with the most common genetic form of ALS or Lou Gehrig’s disease and frontotemporal dementia.

Their findings, which are reported in Science, will add impetus to do further research into the molecular mechanism behind these two seemingly linked disorders.  The mice models will provide a means by which to test potential therapeutic agents to slow down, and even stop the death of nerve cells in the brain and spinal cord.

Tips to work with ALS patient who has cognitive impairment

The medical community is working round the clock to find real cures for neurodegenerative diseases like ALS and temperofrontal dementia. But till these cures are found and approved by the FDA and other health authorities, there are ways we can use to improve the lives of ALS patients with cognitive and behavioral impairment. The following list is a good place to start

It is crucial to keep in mind that there are a lot of studies showing that cognitive and behavioral impairments can be manifest in Primary Lateral Sclerosis. Therefore we must continue to work with people and families affected by motor neuron disease, in an effort to manage the condition better. There is a long journey ahead, but studies such as this point towards light at the end of the tunnel.

A new study has found that having anxiety increases the risk of dementia by 48 percent. The study examined 28 years of data from the Swedish Adoption Twin Study of Aging. IT involved 1,082 participants who completed tests every three years and answered questionnaires and who were screened for dementia. Continue reading…

Frontotemporal dementia (FTD) is a group of disorders categorized by the progressive loss of nerve cells within the brain’s frontal lobes (found directly behind the forehead) or temporal lobes (Areas behind the ears). When nerve cells are lost in these areas of the brain behavior and personality can begin to deteriorate along with changes to language and changes to muscle or motor functions. Continue reading…