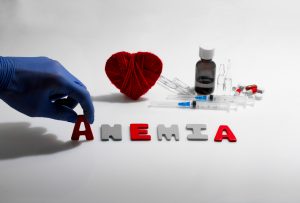 Patients were evaluated for erythrocyte sedimentation rate (ESR) and levels of hemoglobin, C-reactive protein, tumor necrosis factor-alpha (TNFα) and interleukin-1 beta (IL-1β). Anemia, according to the World Health Organization (WHO), is a condition, in which the hemoglobin levels are less than 120 g/L for women and less than 130 g/L for men.

Anemia was found in 57 patients, and so the researchers concluded that not only is anemia found in high prevalence in rheumatoid arthritis patients, but a greater reduction in hemoglobin levels was seen in patients with higher activity of the disease. Furthermore, greater disability and pain were also observed in patients based on disease duration. 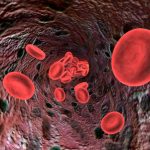 Anemia is the decrease of red blood cells, which are made up of hemoglobin – rich in iron and necessary to transport oxygen from the lungs to the rest of the body. In some cases of anemia, patients have sufficient red blood cell count, but the cells lack the sufficient hemoglobin.

Dr. Robert W. Lightfoot, a professor of internal medicine in the division of rheumatology at the University of Kentucky in Lexington, explained why anemia is found in rheumatoid arthritis patients, stating, “The most common cause of anemia in RA patients is anemia of chronic illness. Anemia tends to occur in most chronic illnesses, which includes RA.”

It is not fully understood why anemia of chronic disease (ACD) occurs, but it is believed that inflammation commonly found in rheumatoid arthritis contributes to anemia. Inflamed tissues release proteins that affect the body’s ability to use iron and produce red blood cells.

Furthermore, common medications used to treat rheumatoid arthritis can also contribute to anemia by causing chronic irritation and bleeding of the stomach lining.

Managing anemia in rheumatoid arthritis patients is possible by injecting erythropoietin. Dr. Lightfoot explained, “It stimulates the bone marrow to produce iron and helps increase the number of red blood cells, but the drug is expensive and the effect is minimal.”

Iron therapy is also beneficial in managing anemia. It can either be administered orally or intravenously.

All groups showed some improvements in hemoglobin levels, but levels rose more in the TCZ group, than the non-TCZ groups. The results revealed that TCZ is a viable biologic therapy in order to improve anemia in rheumatoid arthritis patients.

Although there appears to be a high prevalence of anemia among rheumatoid arthritis patients, anemia can be easily treated, and so relief is possible. By recognizing the signs of anemia, you can begin the treatment early on to minimize complications and reduce pain and disability with rheumatoid arthritis.