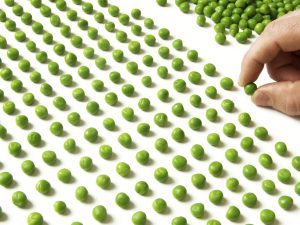 Obsessive-compulsive disorder (OCD) questionnaire can also help determine the risk of depression and anxiety. OCD, depression, and anxiety can often all coexist with one another, but having OCD specifically increases the risk of additional comorbid illnesses.

Researchers have found that a shortened version of a questionnaire commonly used by psychologists to determine risk of OCD may also be beneficial in uncovering anxiety and depression as well.

The original questionnaire – Obsessive Beliefs Questionnaire – consisted of 87 questions, but has been revised and shortened numerous times to narrow it down to 20 questions, making it much easier and quicker to use.

Researcher Thomas Fergus said, “At one time, the questionnaire was used because it was thought that responsibility or overestimation of threat might be specific to OCD. But the short of it now is that certain beliefs appear to be relevant for more than OCD, so this might help us better understand depression and anxiety and have a broader application.”

The research consisted of two studies: the first involved 48 patients who came out of outpatient care for stress and anxiety, and the second had 507 nonclinical adults recruited through the internet.

The researchers are hopeful that the revised, shorter version of the questionnaire can be an effective tool in assessing not only OCD, but depression and anxiety as well.

Can you have OCD and depression together?

Numerous studies point to a clear link between OCD and depression, thus making it possible for both conditions to coexist. Estimates reveal that over 60 percent of OCD patients have experienced a depressive episode, which commonly occurs after the OCD symptoms have started.

Common treatment methods for OCD include psychotherapy, medication, or a combination of both. Although treatment options are available for OCD, there are many obstacles that stand in the way of recovery, including:

These obstacles can impede on treatment and negatively impact its effectiveness.

Treatment options for OCD include:

Overcoming obstacles is the first step to receiving proper treatment for OCD. Recovery and proper management is possible, it simply requires the ability to reach out and obtain treatment in order to get better.

Study: Disassociation from reality may be a sign of OCD