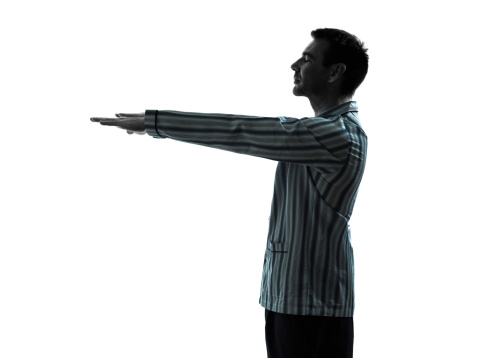 Sleepwalking is the “arousal of non-REM sleep,” and can lead to serious consequences, such as injury and impaired psychosocial function. Although the exact cause of sleepwalking is unknown, it is believed certain psychological and psychiatric conditions increase occurrences of sleepwalking.

The study is the first to use a large representation of the American population. Researchers also aimed to show the importance of the use of medications as well as mental disorders associated with sleepwalking.

Lead author, Maurice Ohayon, M.D., said, “There is no doubt an association between nocturnal wanderings and certain conditions, but we don’t know the direction of the causality. Are the medical conditions provoking sleepwalking, or is it vice versa? Or perhaps it’s the treatment that is responsible.”

Causes and symptoms of sleepwalking 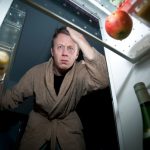 When we sleep our bodies go through different sleep cycles – the deepest cycle being rapid eye movement (REM). Sleep involves switching between several cycles of REM sleep and non-REM sleep, and sleepwalking has been found to occur in the non-REM sleep cycle. Sleepwalking that occurs during REM sleep is known as a behavior disorder and commonly occurs closer to the morning.

An exact cause of sleepwalking is unknown, but possible causes that could contribute to it include: 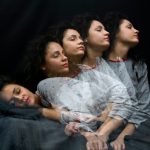 Sleepwalking doesn’t necessarily mean the person is walking, sometimes sleepwalking can just refer to an individual sitting up and looking around. Others may actually get out of bed, move around the house and even open cupboards or drawers. This is where the risk of injury increases as the person may fall down the stairs, drop something, or slip and fall. In very rare, extreme cases a person may even enter a vehicle and drive away.

When a person is sleepwalking their eyes are open, although they will appear to have a blank look on their face. In familiar settings a person sleepwalking can easily get around. If you talk to a sleepwalker, they may attempt to reply but, more often than not, it won’t make sense.

Sleepwalking episodes typically last for 10 minutes or longer. The individual may wake up on the spot or can return back to bed. The person often has no recollection of sleepwalking, and even if they wake up during the sleepwalking episode, they will be confused and not understand what is going on.

If you catch someone sleepwalking, you should make sure their surroundings are safe. You may wish to gently guide them back to bed. In order to prevent another episode you can gently wake them and then they can easily go back to sleep. Try not to shout, make loud noises or physically restrain them as they may lash out, causing harm to themselves or to you.

Additionally, if the sleepwalking is associated with other symptoms, frequent or persistent, or have involved dangerous activities such as driving, you should seek out medical advice.

Types of treatment include the use of mild tranquilizers and ensuring the environment where the person sleepwalks is safe by keeping carpets down, ensuring items are not in the middle of the floor and the rooms are well lit.

According to a recent study, bad mood has been linked with sleep interruptions more than lack of sleep. The study was done at Johns Hopkins Medicine where researchers found that waking up throughout the night has a negative impact on mood more than individual’s getting a shorter amount of non-interrupted sleep. Continue reading…

Your sleeping position affects your brain and overall health

Tossing and turning, getting cocooned by the sheets, or waking up several times during the night because of your partner’s snoring? (“What? You’re kidding – I don’t snore!” is a common response by your better half.) If this happens on a regular basis, you may be sleep-deprived. You’re bound to wake up feeling groggy and miserable, no matter how much coffee you drink to perk you up. Continue reading…