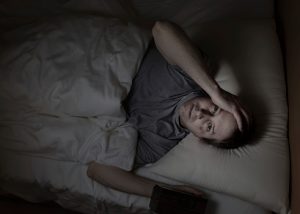 According to a recent study, Bad mood has been linked with sleep interruptions more than lack of sleep. The study was done at Johns Hopkins Medicine where researchers found that waking up throughout the night has a negative impact on mood more than individual’s getting a shorter amount of non-interrupted sleep.

Those subjected to forced awakening and delayed bedtime showed lower positive moods and higher negative mood after one night. Results were calculated by participants answering a survey where they were asked to rate their level of emotions felt such as cheerfulness or anger.

After the second night significant differences were seen. In the forced awakening group positive emotions decreased 31 percent, and the delayed bedtime group saw a decrease of 12 percent compared to the first night. After the third day differences were not as significant between either groups.

Lead author, Patrick Finan, said, “When your sleep is disrupted throughout the night, you don’t have the opportunity to progress through the sleep stages to get the amount of slow-wave sleep that is key to the feeling of restoration.”

Although the study was conducted on healthy participants, Finan suggests they could also apply to unhealthy individuals as well like those who suffer from insomnia.

Frequent awakenings can be seen in new parents or on-call workers and is the most common symptom in those with insomnia. Finan added, “Many individuals with insomnia achieve sleep in fits and starts throughout the night, and they don’t have the experience of restorative sleep.”

Depressed mood is common in those with insomnia so to test this Finan and his team used a test called polysomnography to monitor brain and body functions while patients slept.