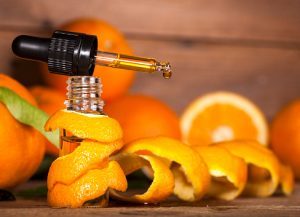 The article on essential oils for ED lists a total of 13 essential oils as an alternative to medication and provides guidance on how they should be used.

The third article on yoga for fibromyalgia describes nine yoga poses that can help to treat fibromyalgia—a chronic disorder of the musculoskeletal system affecting the joints.

The next article discusses the different types of iliac artery aneurysm, and their causes, diagnosis, and treatment

The last article is on pulmonary infarction, which happens when a part of the lung tissue dies due to lack of blood supply. The article focusses on the diagnosis and treatment of the condition.

Erectile dysfunction (ED) or impotence is a problem that many males deal with. It is defined as the inability to reach or maintain an erection, often making sexual intercourse difficult or impossible. Although there are many different causes for ED, it can be treated without the need for medication. Essential oils have proven to be quite effective in treating this condition.

Using essential oils for erectile dysfunction is highly effective for treating both the psychological and physical symptoms. Firstly, they can help calm symptoms such as anxiety, depression, and stress. Secondly, they can treat common physical causes of ED such as high blood pressure, cardiovascular disease, Parkinson’s disease, multiple sclerosis, and thyroid problems.

Here are the 13 best essential oils for erectile dysfunction to treat the symptoms:

Ylang Ylang
Treats ED on a few levels. First, it has euphoric properties that calm the mind and enhance self-esteem. It is used to treat depression, anxiety, and frigidity.

Rose
Relieves depression and aids in relaxation in both animal and human studies. Thought to bring about happiness and self-confidence that can aid in sensuality. Increases libido and enhances sperm and testosterone production.

Lavender
Studies found that the smell of lavender and pumpkin pie had a huge effect on penile blood circulation in study subjects. Increases arousal, especially in men. It is also known for its anti-anxiety and relaxing effects.

Rosemary and lavender
A 2015 study found it reduced reproductive function damage and oxidative stress in diabetic male rats. Both oils also had a positive effect on testosterone levels and sperm quality, perhaps due to its
antioxidant features. 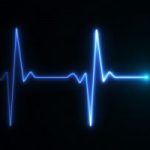 An ectopic heartbeat occurs as the result of an irregular or premature heartbeat. Other medical terms for this phenomenon include premature ventricular contraction, premature atrial contraction, and extrasystole.

It may feel like your heart is momentarily fluttering or skipping a beat. But, what is an ectopic heartbeat exactly? The real reason you may experience one is because your heart can sometimes have an early beat, then momentarily pause before it goes back to its normal rhythm.

Experiencing the occasional ectopic heartbeat is actually quite common for most people and the issue typically resolves itself. However, if it persists and happens repeatedly, then you should seek medical attention.

What are the causes and symptoms of ectopic heartbeats?

There are currently no known medical causes of ectopic heartbeats. However, there are a few physical, emotional, and psychological factors that can influence or trigger it.

People with pre-existing heart conditions or those who’ve suffered heart attacks in the past are more likely to experience occasional or frequent ectopic heartbeats. Continue reading… 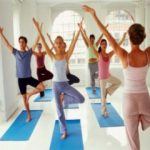 A recent study has shown that there may be some major benefits to practicing yoga for fibromyalgia. But what is fibromyalgia?

A recent study consisting of 53 female participants who were 21 and older and diagnosed with fibromyalgia showed that practicing yoga on a regular basis could help improve the intensity of fibromyalgia symptoms. To qualify for this study, these women had to be taking prescription over-the-counter medications to help treat their fibromyalgia symptoms for at least three months at the onset of the study.

For the sake of comparison, 25 of the women were enrolled in an eight-week Yoga of Awareness class, whereas the other 28 women continued to receive their standard medical care for fibromyalgia. Continue reading… 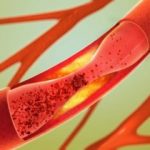 Iliac artery aneurysm’s (IAA) definition is weakness and bulging in the wall of one of the iliac arteries. Typically, an iliac artery has a diameter no greater than 1.7 centimeters in males or 1.5 centimeters in females—if the size is any wider than this, the artery is aneurysmal. If there is a large iliac aneurysm that bursts, the resulting internal bleeding can lead to death. However, it should be noted that iliac artery aneurysms are extremely rare, occurring in 0.1 percent of people. 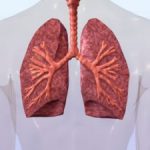 Pulmonary infarction is defined as the death of one or more segments of the lung tissue due to a lack of blood supply. This dead tissue is known as a pulmonary infarct. The decreased or deficiency in blood flow is usually caused by an obstruction in a blood vessel serving the lung. This obstruction may manifest itself as a blood clot or air bubbles in the bloodstream known as an embolism. This blockage could also be caused by a clot formed in the blood vessel itself and remains at its formation site (thrombus). People with healthy lungs generally survive these blockages, as the blood reaches its destination through alternative routes. However, someone with unhealthy, infected, or congested lungs are more likely to suffer from lung infarctions following the blockage of a blood vessel. These infarcts take two or three weeks to heal, where the dead tissue is replaced by scar tissue.
What are the causes and symptoms of pulmonary infarction?

On a grand scale, the most common cause of pulmonary infarction is a blood clot that travels to the lung known as a pulmonary embolism. However, there are other medical conditions that can cause this issue: cancer, autoimmune diseases like lupus, sickle cell disease, infections, and lung diseases like amyloidosis are some examples. Despite these many causes, pulmonary infarction is rare, as the lung tissue has three sources to gather oxygen: the pulmonary artery, bronchial artery, and the alveoli themselves. This has led specialists to observe that pulmonary infarctions are more common in people who have a significant underlying lung disease (e.g. chronic obstructive pulmonary disease). Continue reading…