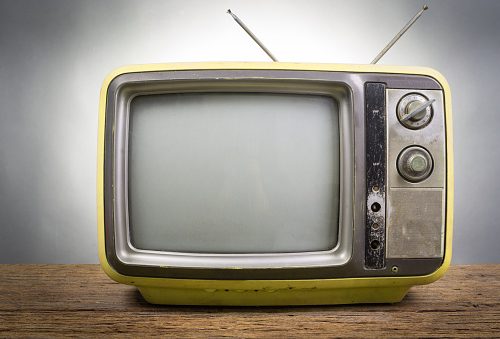 Watching television is something we all do. It’s where we get the daily news, find out what the weather is going to be like, and get entertained by our favorite program. The television is often an important fixture in any home, with most time being spent in the room it occupies—especially when eating. But according to new research, eating dinner while watching television is increasing the risk of obesity in adults.

The research conducted saw a correlation between families who, instead of eating together at the dinner table, chose to eat in front of the TV and obesity. They suggest that not watching TV at dinnertime seemed to reduce the risk of obesity in adults, as did eating home-cooked meals. What didn’t show any correlation was how often a family eats together.

“How often you are eating family meals may not be the most important thing. It could be that what you are doing during these meals matters more,” said study lead author Rachel Tumin.

Meal preparation may suffer in order to catch the beginning of your programs. We choose to eat food that we can prepare quicker, but at the cost of nutritional value. However, no specific data was gathered on the specific kinds of food eaten.

The study in question reviewed data from nearly 13,00 Ohio residents who took part in a 2012 survey and ate at least one family meal in the previous week. The preliminary data showed that one-third of the group that was surveyed were obese. After assessing all of the participants of the survey, they found that more than half ate family meals on most days, 35 percent ate family meals on some days, and 13 percent only a few days a week. One-third of the participants watched TV or videos most of the time during family meals, while another one-third said the TV was never on while eating meals.
The data showed that adults who never watched any sort of media during family meals were less likely to be obese than those who always watched something during that time, while also noting that families whose meals were entirely home-cooked were less likely to be obese than those who ate only some or no home-cooked meals. The results concluded that adults who always ate home-cooked meals and never watched television while having dinner showed the lowest risk of obesity.

Eating together with the family didn’t seem to have any sort of effect on obesity risk, but researchers did go on to say that eating together may have provided other benefits for family members, such as improving social and emotional health. Perhaps the results of the study may provide enough reason to put down the TV remote or our cell phones in this mass media consumption age and focus on the important things in life: eating healthy and reducing the amount of media we consume.

Poor sleep may be linked to obesity: Study

By 2030 Almost Half of People Will Be Fat