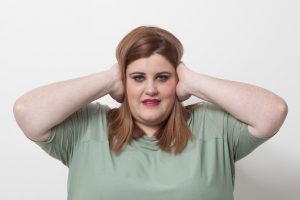 Obesity has been linked to numerous health problems, including hearing loss. Hearing loss is a problem that affects roughly 48 million adults in the U.S., a 20 percent chunk of the American population. It’s estimated that one out of every three people over the age of 65 suffers from hearing loss and up to 0.3 percent of children have hearing problems or suffer from deafness.

Many factors contribute to hearing loss, such as otosclerosis, ototoxic medications, extremely loud noises, physical injuries to the head, and acoustic neuromas, among others. New research has uncovered an additional — and unexpected — link.

Brigham and Women’s Hospital in Boston, Massachusetts conducted a large-scale study of more than 68,000 women. The study revealed a surprising link between obesity and hearing loss. Results could provide researchers with a clue into ways to prevent hearing loss despite aging.

The study, published in the October 2013 online edition of the American Journal of Medicine, was based on the information gathered in the Nurses’ Health Study II between 1989 and 2009. The researchers examined the data, analyzing BMI, waist circumference, the amount of physical activity, and the reported hearing loss of participants. Validated biennial questionnaires provided the baseline for the study.

Higher levels of physical activity proved to lower the risk of hearing loss. The women that were the most physically active had a 17 percent lower chance of developing hearing problems than less physically active women. Women that walked more than two hours per week had a 15 percent lower chance of hearing problems, while women that walked less than one hour per week had a greater chance.
The evidence suggests, hearing loss is linked to both obesity and activity levels. Maintaining a healthy weight and staying active could help to reduce the risk factors of hearing loss and even be able to prevent it or slow its progression.

Researchers will need to study the connection between obesity and hearing loss further to determine just how critical the role that health and exercise play is, but this study has shed some light on just how important it is to stay healthy and do plenty of exercise. If these two things can connect to hearing loss, it could open doors in the scientific community with regards to other health problems that may be connected to age-related hearing loss.

A study has found that adolescent obesity is linked to higher rates of hearing loss, compared to adolescents with normal weight. The findings uncovered that obese children are more likely to experience all-frequency hearing loss twice as likely as children who are not obese. This type of hearing loss is a result of damage caused by the inner ear hair cells.

First author of the study Dr. Anil Lalwani said, “These results have several important public health implications. Because previous research found that 80 percent of adolescents with hearing loss were unaware of having hearing difficulty, adolescents with obesity should receive regular hearing screening so they can be treated appropriately to avoid cognitive and behavioral issues.”

Hearing loss in obese adolescents was found to be mild, but the increase in hearing loss is particularly worrisome. The findings suggest that this damage to the inner ear hair cells could progress as the children are getting older thus contributing to worsened hearing when they become adults. “Furthermore, hearing loss should be added to the growing list of the negative health consequences of obesity that affect both children and adults—adding to the impetus to reduce obesity among people of all ages,” Dr. Lalwani explained.

This study adds to the growing evidence of the poor health outcomes associated with obesity and stresses the importance of maintaining a healthy weight.

Hearing loss puts you at risk for this…

5 tips to prevent hearing loss as you age