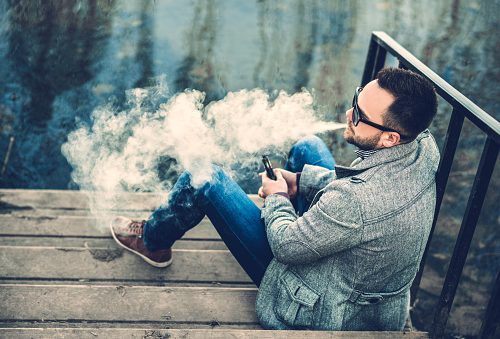 A study to be released in February entitled Evaluation of the Safety Profile of an Electronic Vapour Product Used for Two Years by Smokers in a Real-life Setting suggests that e-cigarettes have no serious adverse effects on those who use them regularly for short or mid-term use (under two years).

According to Tanvir Walele, one of the study’s authors, “After two years of continual e-cigarette use, there were no signs of serious health complications in smokers.”

Tanvir Walele is the director of Scientific Affairs at Amsterdam-based Fontem Ventures. Fontem has the self-stated goal of promoting its own e-vapor brand blu, which sells e-cigarette products in the USA, the UK, Italy, and France.

Findings were gathered over a 24-month period by recording the effects of Puritane, one of Fontem Venture’s electronic vapor products, on 209 healthy volunteers. Researchers monitored the participants for adverse effects, lung function, electrocardiogram results, and exposure to nicotine and tobacco constituents.

Some adverse effects were reported by participants including a headache (28.7 percent), nasopharyngitis (28.7 percent), sore throat (19.6 percent), and a cough (16.7 percent). These effects tended to diminish with the passing of time. There were also small decreases in lung function reported, although the authors of the study did not consider these important from a clinical perspective.

Although few clinical studies on this subject area have been made available at present, the clinical data gathered by Fontem Ventures is consistent with other studies, such as Cochrane Review1. The Cochrane Review1 study also suggests that use of e-cigarettes with nicotine for periods of time under two years is safe.

According to Walele, “This research suggests we need e-cigarette regulation that is not modeled on tobacco product regulation but encourages innovation and compliance with robust product quality, manufacturing, and safety standards.”

The study’s findings will be published in the February edition of Regulatory Toxicology and Pharmacology.