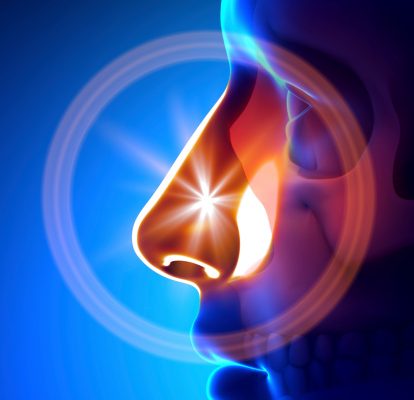 Cigarette smoking is the leading cause of preventable disease in America, yet nearly 36.5 million people light up every single day. It is estimated that more than 16 million Americans suffer from a smoking-related disease such as chronic obstructive pulmonary disease or emphysema, which limits their ability to breathe and decreases their overall quality of life.

Using knowledge to help you quit

There is no shortage of organizations trying to get smokers to quit the habit. They promote knowledge and awareness of the harmful results of lighting up to encourage smoking cessation, such as:

Quitting smoking can be extremely difficult, but there are various programs and devices available to those who seek them out. It is a good idea to speak to your doctor about various treatment options as there are pharmaceutical options available with good success rates.

To better drive home the message about smoking cessation, a new study has found that smoking can wreak havoc on your sinuses—but symptoms can be reversed within 10 years after quitting.

Chronic rhinosinusitis (CRS) is a complication of smoking and can lead to facial pain, poor sleep, and trouble breathing due to the blockage of the nasal and sinus passages.
“If patients tell me that they are smoking, I now have direct evidence to say that the same symptoms that are making them miserable are exacerbated further by smoking,” said senior study author Dr. Ahmad Sedaghat, a sinus surgeon at Massachusetts Eye and Ear Infirmary.

The researchers don’t want to make smokers feel bad about their habit, but instead they want to emphasize that when people do eventually quit, things will get better.

Their study assessed the severity of sinus symptoms and medication use among 103 former smokers with CRS and 103 nonsmokers who also had CRS. They found that smokers had worse symptoms, used more antibiotics, and used more oral corticosteroids.

There is no question that smoking is bad for you and the researchers hope that studies like theirs will give people an extra push to finally kick the habit.