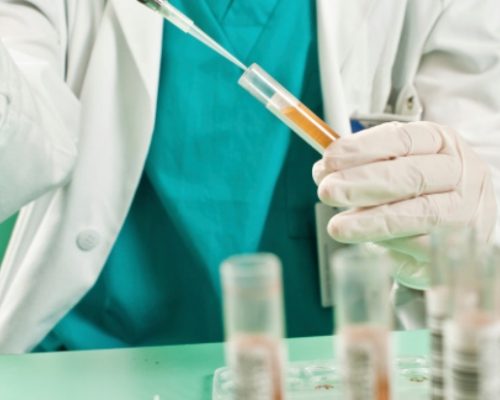 A team of scientists from Michigan Medical School have been able to prevent urinary tract infections in mice by injecting them with the same molecules from the bacteria that usually fuel the growth of UTIs. The same experts were successful in preventing urinary tract infections using a vaccination made of proteins from the bacterium called Uropathogenic Escherichia coli, or UPEC. However, neither the protein approach nor this newest discovery, called Siderophores, seems to provide complete protection. There has been some suggestion that the two approaches may work together.

For invading bacteria, the bladder is not a great place. It can be a perfect setting to grow and reproduce. Normally, bacteria that enter the urinary tract are removed quickly by the body, but sometimes they overtake the body’s natural defenses and do cause an infection. When it turns into a bladder infection, it is called cystitis. If bacteria travel up the ureters to multiply, it could infect the kidneys, which is then called pyelonephritis.

The idea of vaccination comes as a result of growing concern over some infections, such as E. coli becoming more resistant to antibiotics. Scientists admit that the need to find new UTI prevention methods seems more urgent now.

The scientists involved in this latest research assessed the effectiveness of a siderophore vaccine in a number of ways. They first applied two different siderophores into the noses of mice, several times over a two-week period. They followed up a week later by injecting the UPEC bacteria directly into the mouse bladders. The team waited two days and then examined the urine, bladder, and kidneys.

Here’s what they discovered: When each of the two siderophores were injected individually, there was modest protection against urinary tract infection. When they treated the mice with both siderophores and the protein carrier, there was greater protection. Overall, most of the protection appeared to be in the kidneys as opposed to the bladder, thus suggesting the vaccination may be best for preventing advanced urinary tract infections.
While the results have encouraged scientists, they do point out that it will likely be years before a human approach like this could occur. The work done so far will certainly set the stage for further study.

Urinary tract infections cause a painful, burning sensation and an urge to constantly empty the bladder. They also have the potential to be dangerous, especially if they go untreated. Recurrent infections can be common in women, permanent kidney damage can occur from untreated UTI, and urethral narrowing is possible in men who experience recurrent bouts.

Sepsis is a life-threatening complication of an infection. It occurs when chemicals released into the bloodstream to fight infection trigger inflammation throughout the body. The inflammation can lead to a number of changes that can damage multiple organs. If sepsis leads to septic shock, which involves blood pressure dropping dramatically, it can be fatal.

Good hygiene and drinking lots of water to flush potential bacteria from your urinary tract are encouraged as a way of preventing urinary tract infections. Still, those who are prone to UTIs will no doubt be waiting to hear about any further progress in terms of possible vaccination.