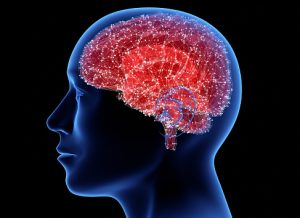 The young are often envied for their youth and boundless amounts of energy. This is in stark contrast to elderly individuals who become less physically able and tire out much easier. Older individuals often have a harder time doing the things that come easier to the younger population, with this also carrying over to the ability to retain new memories.

It is known that the elderly are not the best at remembering things but are still able to manage, perhaps at a slower rate. This fact may be explained by the slowing of brain waves in the elderly as they sleep, according to a new study conducted by the University of California, Berkley.

While we are asleep, our brains are still very much active. This can be demonstrated by the production of various types of brain waves that occur during the several stages of sleep. This new study has found that slow and speedy brain waves must sync up at exactly the right moment to be able to save new memories, a task that comes easier to young adults.

Looking at the young and old

Their study involved comparing overnight memory of 20 healthy adults in their 20s to 32 healthy older adults, most of whom were in their 70s. Before going to bed, participants were tasked to learn a 120-word set, which they were tested on when the awoke.


“The mistiming prevents older people from being able to effectively hit the save button on new memories, leading to overnight forgetting rather than remembering. As the brain ages, it cannot precisely coordinate these two deep-sleep brain waves. Like a tennis player who is off their game, they’re swiping and missing,” said study senior author Matthew Walker, a UC Berkeley professor of neuroscience and psychology and director of the campus’s Center for Human Sleep Science.

The researchers go on to say that the timing or oscillations of brain waves are very important. It is only when the slow waves and spindles (two types of brainwaves that occur why we sleep) come together during a very narrow time window (approximately one-tenth of a second) that the brain can effectively place new memories into long-term storage.

The cause of this is thought to be brain atrophy, a common feature in older adults as well as many brain diseases. Aging brains effectively fail to coordinate deep sleep brainwaves, most likely due to the degradation of the medial frontal cortex of the brain, a key region responsible for deep, restorative sleep.

The researchers would like to further explore this area in future experiments by applying electrical brain stimulation to the frontal lobe. They believe that electrically boosting nighttime brainwaves in the elderly and those with dementia may salvage their learning and memory.