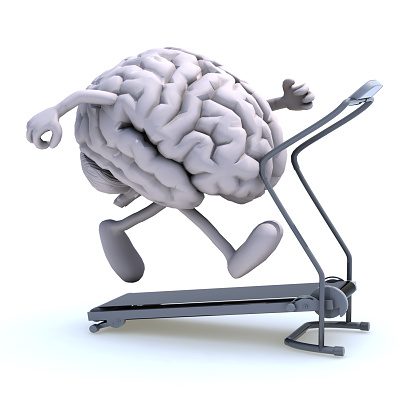 Exercise is a great way to stay in shape. It can help you lose excess pounds, increase your stamina, and even help you strengthen your bones. But what most people don’t realize is that exercise may also help improve your memory and maintain brain health.

According to a new study carried out by researchers in Australia, aerobic exercise could decrease the rate of brain shrinkage as we get older.

The brain gets smaller as age

After the age of 40, the average rate of brain shrinkage has been estimated to be about five percent per decade. This can possibly be linked to a decline in brain health that most elderly individuals face during the later years of their life.

The study in question focused on a region of the brain called the hippocampus. This area of the brain contributes to important processes that contribute to short-term and long-term memory, as well as spatial memory that enables navigation.

Previous studies have shown a positive relationship between exercise and increases in hippocampus size in mice models. However, this relationship has not been consistent in human trials.

The researchers revived data from 14 clinical trials, including the brain scans of over 700 people, some of which performed an aerobic exercise program and others who did not. Participants were a mix of healthy adults and people with mild cognitive impairment, including those with Alzheimer’s disease, schizophrenia, or depression. The average age of participants was 66 years old.

The types of aerobic exercise included in the study consisted of treadmill running, walking, and stationary cycling. Each participant performed two to five sessions per week and followed for three to 24 months.

The outcome of the study showed that no effect was appreciated on total hippocampal volume, however, an increase in the left region of the hippocampus was appreciated. This is the first time that definitive evidence was found to support exercise as promoting brain health.

“When you exercise, you produce a chemical called brain-derived neurotrophic factor (BDNF), which may help to prevent age-related decline by reducing the deterioration of the brain. Our data showed that, rather than actually increasing the size of the hippocampus per se, the main ‘brain benefits’ are due to aerobic exercise slowing down the deterioration in brain size. In other words, exercise can be seen as a maintenance program for the brain,” said lead author Joseph Firth.

More research would still be needed to further establish certain exercises effectiveness versus other methods of promoting brain health.