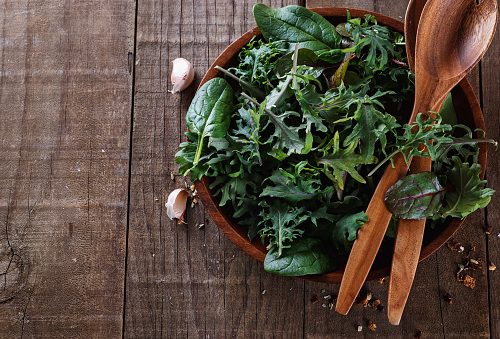 A recent study found that older adults who consumed healthy foods had the so-called crystallized intelligence, the ability to use their skills and knowledge acquired over lifetime. The researchers discovered that a pigment commonly found in dark leafy greens, as well as in egg yolks and cruciferous vegetables, offers neuroprotective properties to the brain.

Earlier research revealed that one’s pigment status was linked to cognitive performance across their lifespan. Studies have shown that the pigment accumulates in the brain’s gray matter – particularly, in the regions associated with the preservation of cognitive function in healthy seniors.

The new study enrolled 122 healthy participants aged 65 to 75 who were asked to solve problems and answer standardized questions to measure crystallized intelligence. The participants also had their blood drawn to measure levels of this pigment and underwent MRI scans to assess brain volume.

Those with higher levels of the pigment performed better on the standardized tests and had thicker gray matter, signifying healthy brain aging.
Researcher Aron Barbey explained, “Our analyses revealed that gray-matter volume of the parahippocampal cortex on the right side of the brain accounts for the relationship between [the pigment] and crystallized intelligence. This offers the first clue as to which brain regions specifically play a role in the preservation of crystallized intelligence, and how factors such as diet may contribute to that relationship.”

The researchers speculate that the pigment found in dark leafy greens and egg yolks has a positive effect on brain structure and may provide anti-inflammatory benefits or promote signaling between the cells. This study is yet another example of the importance of a wholesome diet rich in vegetables for healthy aging.