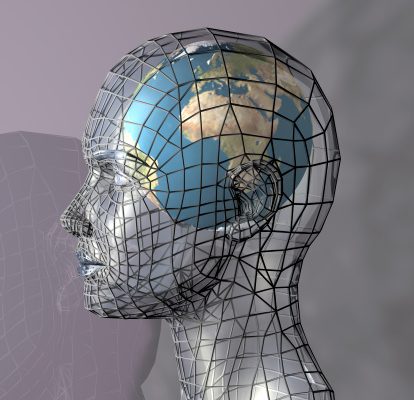 Memory loss and forgetfulness are often associated with the aging brain and are considered “normal” as people age. However, there are some elderly people that don’t have memory loss and forgetfulness that is often seen in this population. In fact, they have vivid memories of their life events. Emily Rogalski, a researcher at Northwestern University, questioned the differences that may exist in the brains of elderly people that have a better memory than their normal, aging counterparts. She termed these individuals with better memory “cognitive SuperAgers” and questioned whether they actually exist in the population.

The Study That Could Mean Memory Breakthroughs

Rogalski’s study included 12 Chicago-based SuperAger participants as well as 10 normally aging elderly participants with an average age of 83.1 as well as 14 middle-aged participants with an average age of 57.9. To be included in the SuperAger participant group, individuals needed to score at or above the normal level for the 50-65 year old age group on the memory screening tests. Rogalski looked at magnetic resonance imaging (MRI) scans of the SuperAger brains and screened their memory as well as other cognitive abilities. The results from this study showed that the brains of these SuperAgers, aged 80 and above had the memory of individuals 20-30 years younger. On MRI analysis, these SuperAgers’ brains appear as young as the middle-aged participants. Rogalski stated that the SuperAger participants will be followed long term and will be given periodic brain scans and cognitive testing. The effect of aging on memory decline and forgetfulness can be determined from these tests. Additionally, the participants gave blood samples at the beginning of the study so that researchers can measure bio-markers that may help to explain the why these SuperAgers have better memory and are able to escape the brain deterioration that is commonly seen with aging.

The cortex of the brain, which is the outer-most layer, is important for attention, memory and other thinking tasks. The cortex of the SuperAger group of participants was much thicker than the normally aging elderly participants. The cortex thickness of the SuperAgers was similar to that which was seen in the 50-65 year old age group. The thickness of the outer cortex provides an indirect measure of how healthy the brain is. A thicker cortex generally means that there are more brain cells (neurons). This is turn will lead to better memory and decreased forgetfulness.


Implications of this Memory Research

By examining the brain function of these SuperAgers, researchers can try to figure out how these individuals maintain a better memory than their normally aging counterparts. Researchers usually focus their attention on the processes that go wrong in the brain with aging, but perhaps looking at what goes right in the brain of SuperAgers may help to improve the quality of life in people diagnosed with dementia and Alzheimer’s disease.

Most of the SuperAgers that were identified in this study plan to donate their brains to the study. Examination of the brains, post-mortem, will allow the researchers to connect the findings from this study for each participant to cellular features in the individual brains. This will allow for a greater understanding of how these SuperAgers have aged more gracefully, cognitively speaking, allowing them to maintain a better memory that individuals who are far younger. If researchers are able to identify how the SuperAger brain differs from the normal, aging brain treatment approaches to help decrease memory loss and forgetfulness can be established. These findings give insight into possible new approaches for neurodegenerative diseases that affect memory.